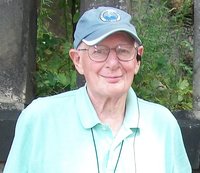 Allan Mark Lefer, age 82, passed away peacefully at his home in Hilton Head Island, South Carolina, surrounded by his family, following a long struggle with kidney cancer, on Friday November 2, 2018. He was born on February 1, 1936 in New York, New York to Judah and Lillian Lefer. Allan graduated from Adelphi College in Garden City, NY with a Bachelor of Arts in Biology (1957). On August 23rd, 1959 he married Mary Elizabeth Indoe. He obtained a Master of Arts from Western Reserve University (1959) in Cleveland, Ohio. Subsequently, Allan earned a Doctor of Philosophy degree in Physiology from the University of Illinois in 1962. Dr. Lefer went on to serve as a faculty member in the Department of Physiology at the University of Virginia and rapidly rose through the ranks from Assistant Professor to Full Professor. In 1974 he was recruited to be the Chairman of the Department of Physiology at Thomas Jefferson University School of Medicine in Philadelphia, PA. Before retiring from Jefferson in 2001, he directly trained 56 graduate students and research fellows in his laboratory. During his tenure as a research professor he lectured to thousands of medical students on the key concepts of cardiovascular physiology and clinical cardiology. In addition, he made a number of seminal discoveries in cardiovascular disease states that resulted in improved therapies for cardiovascular patients and ultimately improved outcomes in cardiovascular diseases. Throughout his career he traveled to dozens of countries around the world, collaborating and sharing his science with numerous colleagues. After retiring to South Carolina, he became an avid golfer and stamp collector. During this time he continued to travel abroad with his wife. He is survived by his beloved wife and companion of 59 years, Mary Elizabeth Lefer; his brother, Lewis G. Lefer and his four children Debra L. Clemens, David J. Lefer, Barry L. Lefer and Leslie A. Lefer as well as his three grandchildren Robert B. Clemens, Jr., Amy E. Clemens, and Serita M. Lefer. Allan is preceded in death by his parents and sister Patricia Kugler. Allan enjoyed playing and watching sports his whole life. During his college days, he was a semi-professional baseball player in Long Island, New York. He was a coach for his children’s baseball and basketball teams. During his 40-50s his passion was running and he went more than 10 years straight without missing a day until he was forced to stop when he had surgery for his kidney cancer. A memorial service will be held on Tuesday, November 6, 2018 at 10 AM at Congregation Beth Yam, 4501 Meeting Street, Hilton Head Island. The family requests that donations be made to the American Cancer Society or the Hebrew Immigrant Aid Society. Islandfuneralhome.com.