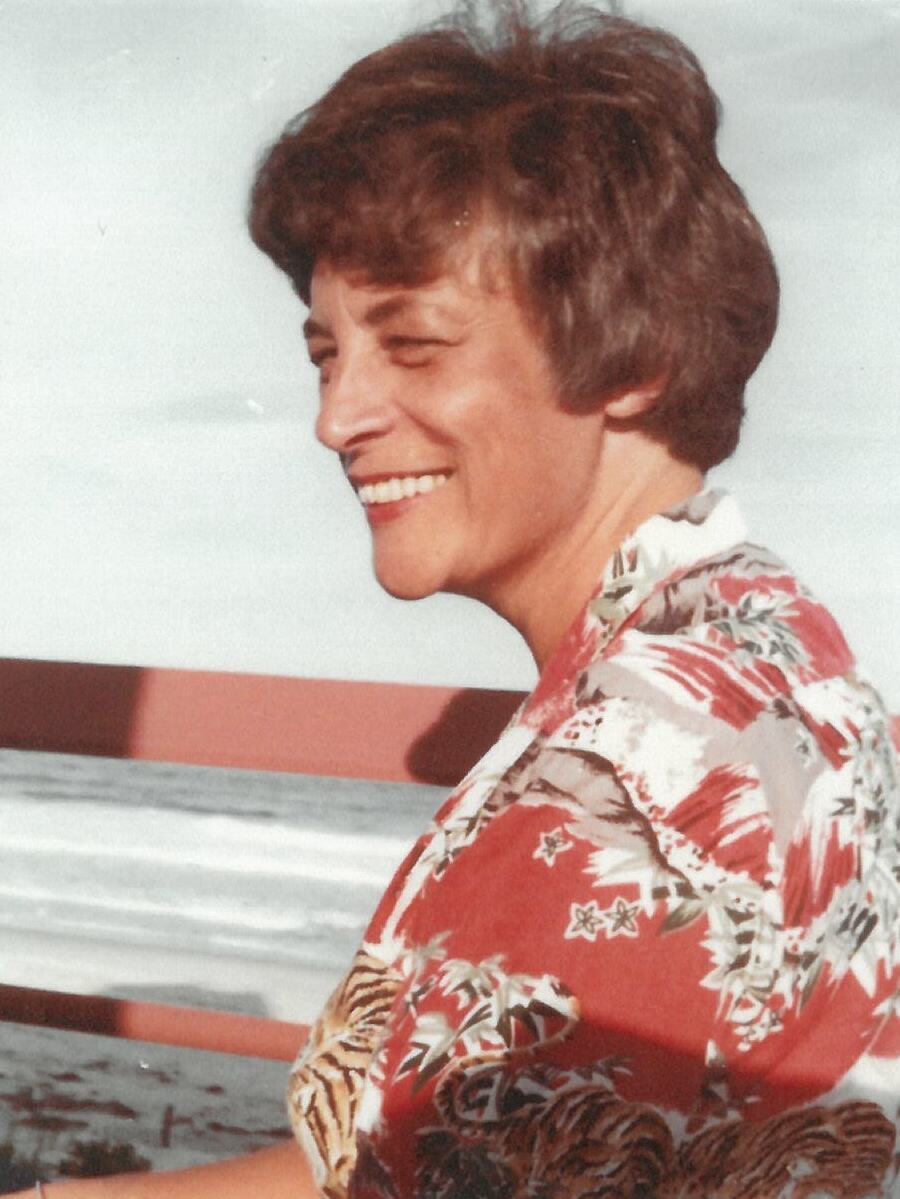 Joan Marie (Cerreta) Jorgensen, 86 of Hilton Head Island, passed away on Monday December 27, 2021, peacefully in the company of her family.

Joan was born June 27, 1935, in Elizabeth, New Jersey, to Joseph and Elizabeth (Betty) Cerreta.  Joan was raised in Roselle Park, New Jersey in the multi-family home of her parents, with an aunt, uncles, sister and a cousin that was raised as a sister to Joan.

Joan is a graduate of the 1952 class of Holy Trinity High School in Westfield, New Jersey.  She went on to further her studies at The Notre Dame of Maryland College, now University, in Baltimore.  Joan received a degree in education in 1956 and went on to have a teaching career which spanned 33 years with the Roselle, New Jersey, public school system where she began with fourth grade instruction followed by Special Education instruction.

Joan was engaged to marry Arthur “Art” Jorgensen of Roselle New Jersey, but the wedding plans were interrupted by Art’s participation in the 1957-1958 International Geophysical Year (IGY) which brought him to the South Pole for a year of study. Upon his return, Art and Joan were finally married on April 18, 1959, at St. Joseph’s Church in Roselle. The Newlyweds eventually settled in Union, New Jersey, where they lived and raised their family for close to 30 years.

After a move to Hilton Head Island in 1989, she was able to continue her enjoyment of playing tennis and Bridge.  It was this move to Hilton Head which prompted a career shift into retail and away from teaching.  Because of her love of the customer interaction while employed with Camp Hilton Head, Joan continued to work and did not retire until age 79.

Joan had a fervent love of travel which began while in college with her first trip to Europe.  Her travels brought her all over the globe.  She found Egypt to be the most fascinating destination and Prague to be the most beautiful.

Joan is predeceased by her husband of 30 years, Art Jorgensen; her parents Joe and Betty Cerreta; her sister Barbara (Babs) Ehrenbeck; brother-in-law Harold Ehrenbeck; and a cousin, Helen Kleinhans Neville.

Survivors include Joan’s and Art’s children; Mark Jorgensen of Hilton Head Island; Eric Jorgensen of Hallandale Beach, Florida; Janet (Steve) Sterling of Craddockville, Virginia; grandchildren Christopher and Victoria Jorgensen and Maggie and Mason Sterling. Survivors also include the children of sister Babs and Cousin Helen, as well as many dear Union and childhood friends, all of whom share beautiful memories of times past.

In lieu of flowers, the family requests donations to be made to the charity of one’s choice.