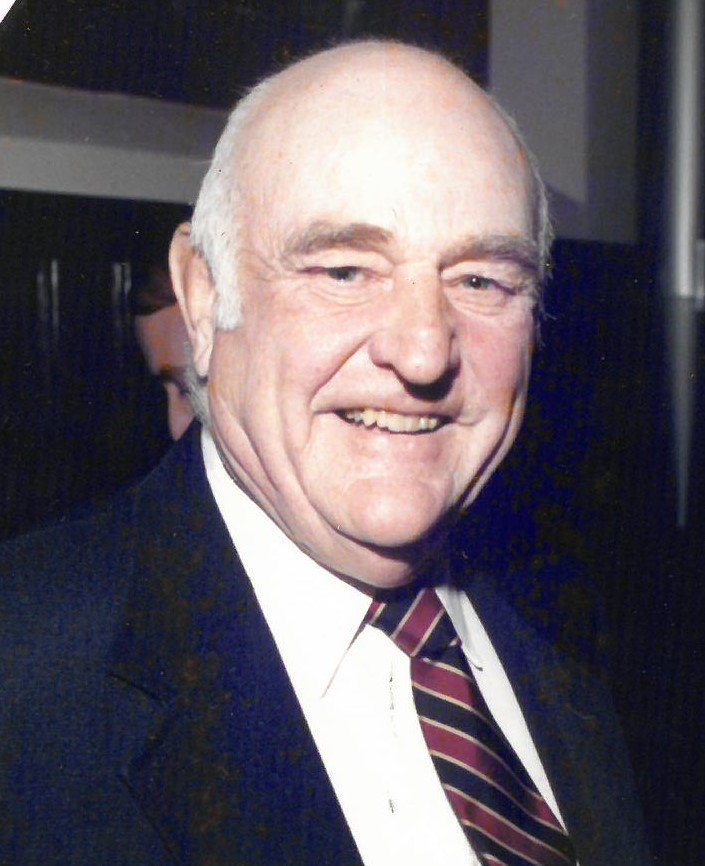 A native of Cleveland, Ohio, he was the son of the late Floyd Israel Lease and Bertha Hahlen Lease.

Bob grew up in Cleveland Heights, Ohio and spent his summers on his maternal grandparents’ farm in Painesville, Ohio.  He graduated from Cleveland Heights High School and Case Institute of Technology (now Case Western Reserve) in Cleveland with a B.S. in Electrical Engineering. He was a member of Phi Delta Theta Fraternity and the wrestling team at Case.

In the wake of the bombing of Pearl Harbor, Bob enlisted in the US Navy in 1942 as an ensign and achieved the rank of Lieutenant during his two years of war-time service. He initially served stateside In New York and New Jersey and then shipped out to the South Pacific, with assignments in the Fiji Islands and New Guinea.   He returned to the US in 1944, married his high school sweetheart, Marjorie Kerr, and celebrated the war’s end on V-E Day in Times Square with his new wife in 1945.

Bob joined Addressograph-Multigraph Corporation (A-M) at its Cleveland headquarters in 1945 as an engineer and was promoted over 35 years to various management positions.  He served as Director of International Engineering and Development in Herstal, Belgium, and returned to the US as Vice President of Engineering in A-M’s Multigraphics Division in Mt. Prospect, Illinois. During his tenure with A-M, Bob received two patents: one shared with a colleague for development of the Selective Printing and Punching Machine and another for a plastic credit card imprinting machine device.

Bob and his wife made their homes in Chesterland, Ohio; Liege, Belgium; Palatine, Illinois; and—in retirement—on Hilton Head Island, South Carolina.  Bob was actively involved in community and civic affairs for most of his adult life.  He was elected to the Chester Township Board of Trustees and served as the head trustee for several terms from the late 1950’s and to the late 1960’s.  On Hilton Head Island, he served terms as President of the Rookery Owners’ Association in Hilton Head Plantation and as President of Dolphin Head Golf Club.  He was a 38-year member of First Presbyterian Church of Hilton Head Island.

A memorial service will be held on Saturday, December 1 at 3:00 p.m. at the Cypress Clubhouse in Hilton Head Plantation.  A private committal service with military honors will be held at Beaufort National Cemetery. Memorial contributions may be made to St. Joseph’s Indian School, P.O. Box 300, Chamberlain, SD 57325-9919 or Hospice Care of the Lowcountry, P.O. Box 3827, Bluffton, SC  29910.

The Island Funeral Home and Crematory is in charge of arrangements. Islandfuneralhome.com