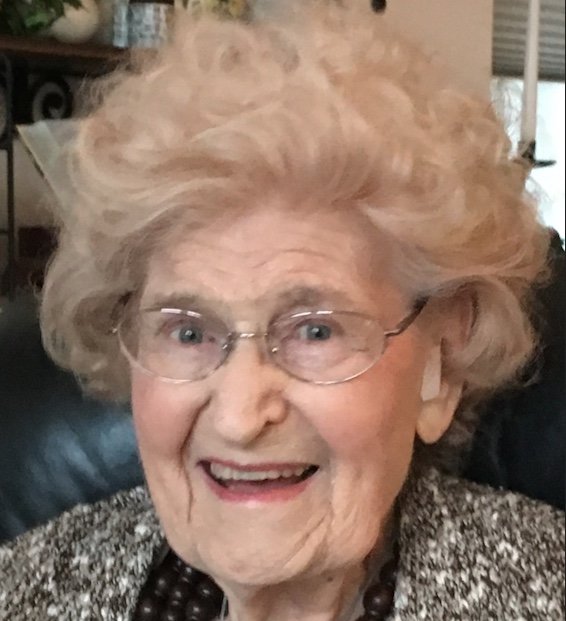 Obituary of Jeanne A. Audet, MD

“To laugh often and much, to win the respect of intelligent people and the affection of children, to earn the appreciation of honest critics to appreciate beauty, to find the best in others, to leave the world a bit better, whether by a healthy child, a garden patch, to know even one life has breathed easier because you have lived. This is to have succeeded!” ----Emerson

Jeanne Audet lived such a life. Born on the 4thof July, 1921 in Clifton, NJ to Emily and Edmund Amlicke, Jeanne learned from her mother that she could do anything she set her mind to. A voracious reader and insatiably curious, she explored the worlds of science, art and philosophy through medicine, astronomy, chemistry, music and poetry.

In 1946, Jeanne was one of two women to graduate from the University of Maryland Medical School where she met the love of her life, Dr. Robert Audet. Together, they practiced medicine for 40 years in Waterbury, CT.

For 30 of those years, she also served as Medical Director of Easter Seals of Greater Waterbury. Her skills as an organizer, fundraiser and educator changed the landscape for rehabilitative medicine and public health.

In 1991, Bob and Jeanne moved to Hilton Head to live full and purposeful lives. Soon after arriving, Jeanne met with Dr. Jack McConnell as he planned Volunteers in Medicine. She was immediately involved with policy-making, co-authoring the by-laws and practicing pediatrics at the clinic.

At the same time, she pursued her passion for astronomy while serving on the curriculum committee for Creative Retirement Center, a continuing adult education program that evolved into Lifelong Learning of HHI. For two decades, Dr. Jeanne coordinated and presented dozens of classes in astronomy and medical research. She also started the HHI Astronomy Club presenting “Starry Night” lecture-demonstrations of the night sky for the Coastal  Discovery Museum; wrote “Eye On The Sky”  a bi-monthly astronomy newsletter;  she was the Star Lady on a local radio show and was the go-to person whenever an astronomical event needed explaining. “Docstar”, as she was known, was honored to be one of a handful of people named Solar System Ambassador for NASA.

On September 29, 2018 while the sun rose behind golden clouds, Docstar, 97, passed peacefully at home surrounded by her family. Now she is waltzing with Dr. Bob among the stars she loved.

To honor her memory, you may make donations to Volunteers in Medicine or Coastal Discovery Museum.