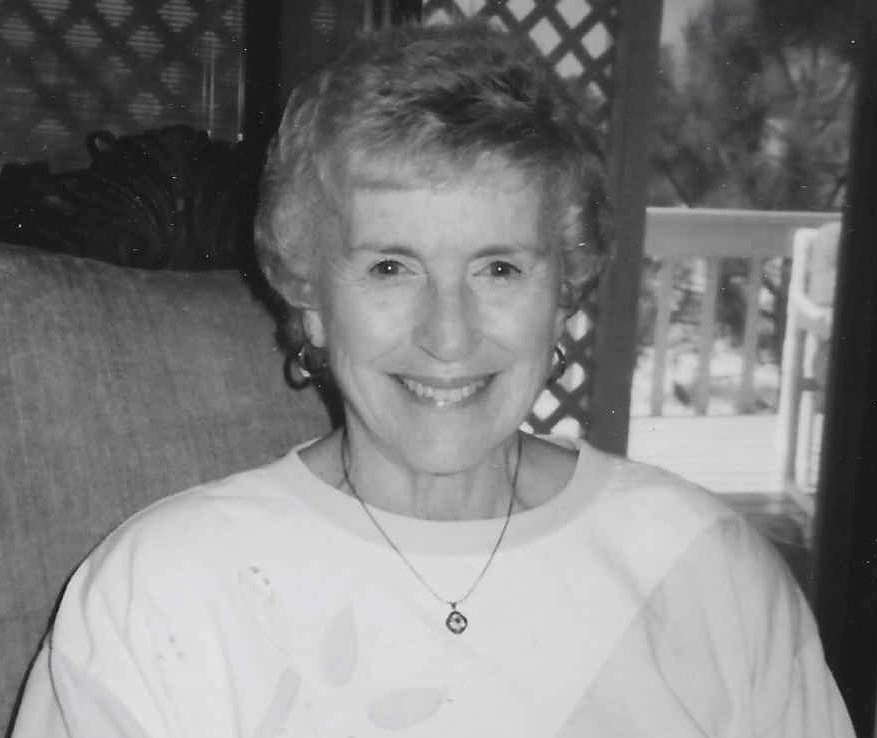 Jen was born in 1921 in Davenport, Iowa to James and May Belle Tart. Her father died when Jen and her brother, James, were young and her mother struggled to raise them in Des Moines, Iowa during the Depression. Jen's first son, David, was born in Des Moines in 1940. Having moved to St. Louis, Mo. after WW Il, Jen worked in administration at Washington University where she met the love of her life, Jack, a graduate student there. At the same time her brother, James, to whom she would remain close until his death in 2016, was also a graduate student at Washington University.

Jen and Jack's son, Christopher, was born in St. Louis in 1951. After Jack received his degree, the family moved to Montgomery, Alabama. When Christopher reached school age, Jen once again worked in several administrative jobs until she joined First National Bank of Montgomery (a predecessor of Regions Bank) to inaugurate the Women's Division to provide banking services and financial advice to women. Jen earned her Master's degree in banking from the University of Colorado and eventually retired as a Vice President of the bank.

After retirement she and Jack moved to Ft. Walton Beach, Florida where they spent a number of years enjoying living at the beach. While in Florida, Jen began painting and collaging, filling their home with lively and colorful artwork. In 1994 Jack and Jen moved to Hilton Head and settled in Hilton Head Plantation where they became active in several community organizations, especially the Hilton Head Hospital Auxiliary. Jen served a term as President of the Auxiliary. She also continued her artwork and won several local prizes.

They moved to the Tidepointe in 2005 where they met and enjoyed many new friends. There Jen took charge of feeding and tending to a group of feral cats, becoming known as the Cat Lady.

After Jack's death in 2017 (after 67 wonderful years of marriage), Jen moved to the assisted living section of Tidepointe and later to Bloom of Hilton Head. Jen's two sons, David Coyle and Christopher Mooney and their wives, Cindy and Carmen, live in Hilton Head and Dallas, Texas. Jen also leaves six grandchildren and ten great grandchildren.

Her ashes will join those of her husband of so many years in a private ceremony at Six Oaks Cemetery in Sea Pines.