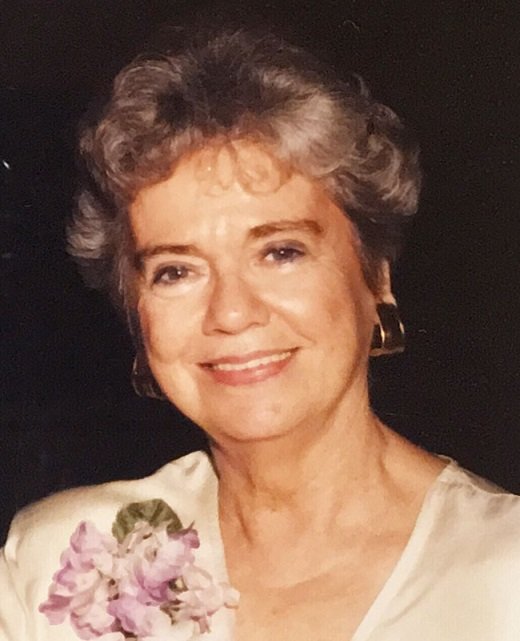 Helen Lee Buffington passed away on May 13 at the age of 90, at the Cypress retirement community in Hilton Head, S.C.

Helen was born on November 19, 1928, in Clarksburg, WV, the daughter of Jack and Gertrude Bryant.  She attended Washington Irving High School and was later employed as a telephone operator for the C&P Telephone Company.  In 1952, she married Ulysses P. (Buff) Buffington, another Clarksburg native.  In their early years of marriage, she helped her husband build the business that became Buffington Studios of Photography, acting as accountant and colorist.  She and Buff remained married until his death in 2008.

Helen left the business side of the marriage and became mother to three daughters.  She also remained tirelessly active in the community – serving as an officer in the Junior Women’s Club and the League for Service and chairing the social committee of the UHC Hospital Auxiliary and the Parsonage committee for the United Methodist Church.  She also served as a board member for 10 years for the local Salvation Army and took an active role in the Clarksburg/Harrison Cultural Foundation.

Those who knew Helen will probably best remember her for interior decorating sense.  Without any formal training, she helped many friends decorate and re-decorate their homes – as she said, to “keep from spending money on my own home, it was more fun to spend someone else’s money and see the reward of it.”   Others may also remember Helen as an in-home fashion consultant with Doncaster, Inc., a position she held for several years.

In 1989, she and Buff formally retired to Hilton Head, SC.  During the time they lived there, both joined the local chapter of the Lions Club, International and for many years Helen led an annual thrift sale to benefit local community projects supported by the Lions.  She was also an active volunteer with the Deep Well Project, a volunteer-based organization of Hilton Head Island residents helping neighbors in need by providing basic assistance emergency situations.

A private service will be held grave side in Clarksburg.  In lieu of flowers, the family asks friends to consider a donation to the Lions Club International Foundation (300 West 22nd Street, Oak Brook, IL 60523-8842) in Helen’s memory.