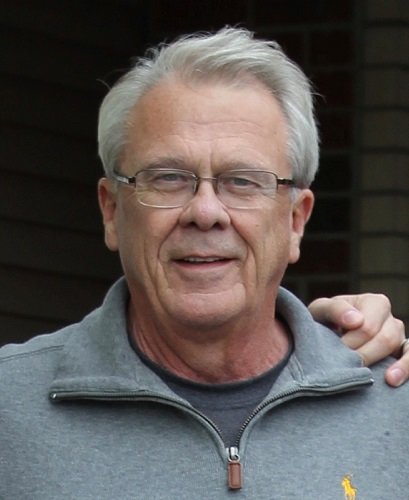 Born on March 27, 1951 in Faribault, MN, Brad was raised with his brother in Danville, IL where he attended Schlarman High School (class of '69). Brad obtained his bachelor's degree in finance from the University of Illinois. He worked in sales throughout his career, mostly in commercial refrigeration, and with that role, he moved around the US quite a bit as Sean and Carly grew. They eventually settled for many years in Midlothian, VA. Throughout his life and career, he could easily strike up a conversation and make new friends everywhere he went, touching the lives of many. Brad loved to spend time with his family and friends and play a round of golf. He really enjoyed watching sports, reading (and collecting) books, doing projects around the house, and of course, reading to and playing with his two grandsons. Some of Brad’s favorite places were Augusta National and Blowing Rock, NC. He loved eating brunch on the water at Hudson's on Hilton Head Island.

A Celebration of Brad’s Life is scheduled for 4:00 pm on 7 June at The Island Funeral Home and Crematory located at 4 Cardinal Road, Hilton Head Island, SC.

As an expression of sympathy, memorial contributions may be made in Brad’s name to the Global Lyme Alliance or to the charity of your choice.

A Celebration of Brad’s Life

Share Your Memory of
Bradley
Upload Your Memory View All Memories
Be the first to upload a memory!
Share A Memory
Send Flowers