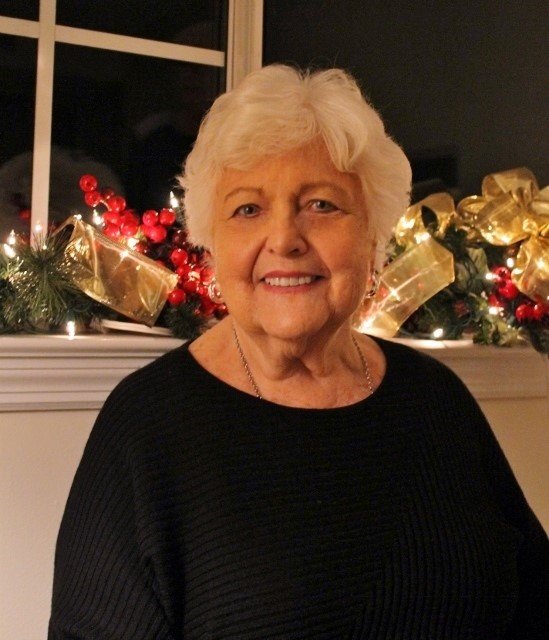 Barbara grew up in Murray, KY.   While attending college at Murray State University, she met and married David Lee Pinson, a graduating Army ROTC student in January 1956.  She wholeheartedly embraced being a military spouse and all it entailed.  Throughout his military career, they moved frequently.  She especially enjoyed tours of duty at the U.S. Military Academy located at West Point, NY, Hawaii, and the Washington, DC area.  Upon the completion of David’s military career, they resided in Northern Virginia for over 20 years where she pursued a highly successfully career as a Government Civilian working for the Department of the Army until she retired.  They enjoyed their beautiful waterfront condo in Woodbridge, VA until moving to Hilton Head, SC in 2013 to be closer to family.  Barbara loved and lived life to its fullest.  She had the opportunity to fulfill her passions for travel, boating, cooking, and entertaining.  She will be remembered for her character, intelligence, loyalty, kindness and love of people.

She is survived by her spouse, David Pinson (Hilton Head, SC); daughters Amy Kinsey (Franklin, TN) and Karen Re (Bluffton, SC); sons-in-law Doug Kinsey and Joe Re; and beloved grandsons, David Re, Justin and Corey Kinsey.

A Celebration of Life is planned for Saturday, June 22, 2019 at The Cypress Hall from 3:30 to 5:00 pm and a private graveside memorial will be held by family on June 24, 2019 at Beaufort National Cemetery where she will be interred.  In lieu of flowers, memorial donations may be made to a charity of your choice.

Share Your Memory of
Barbara Jean Watkins
Upload Your Memory View All Memories
Be the first to upload a memory!
Share A Memory
Send Flowers