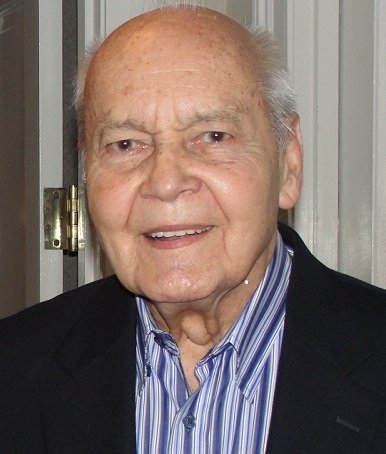 After a long life filled with love, joy, and adventure, Arie Armand Dieudonné Lunenburg of Hilton Head, South Carolina passed away peacefully on June 14, 2019, with Johanna, his beloved wife of 61 years, at his side.

Arie was one of nine children born into a Dutch colonial household in Surabaya, Indonesia on April 25, 1930.  As a child he was interned in a Japanese prison-of-war camp during World War II.  After the war his family returned to Rotterdam, in the Netherlands, where he ultimately served as a Sergeant in the Royal Dutch Army.  Arie immigrated to the United States and became a citizen on November 12, 1956, a date he proudly celebrated every year.

Arie and Johanna had one son Mark, and they eventually settled in California where he became a master florist. After retiring, they lived in Williamsburg, VA for twelve years and Hilton Head for six, gathering close friends along the way. Johanna was his partner in all of life’s adventures and he was endlessly proud of his son, Mark.

Arie was a renaissance man. Fluent in six languages and a master of cuisines, Arie was particularly adept at preparing elaborate Indonesian feasts that connected his family to their Dutch heritage.  Arie was a skilled florist who shared his passion with those he loved, designing countless beautiful arrangements over the years including his daughter-in-law and granddaughters’ wedding bouquets. He had a green thumb, as many who received orchids or vegetables from his garden can attest. A gifted singer and piano player, he also passed down his love of music to his family.  Above all else, his family will fondly remember Arie’s charmingly mischievous sense of humor, evenings spent playing cards and dominos, and tales of adventure from his childhood and extensive travels (over a glass of Merlot, of course).  There was always laughter and music when Arie was around.

Arie is survived by his devoted wife Johanna Lunenburg, and his son and daughter-in-law, Mark and Tracey Lunenburg of Branford, CT.  He was a loving Opa to his three grandchildren and their spouses, Sarah and Jonathan Shaub, Peter Lunenburg and Eleanor Isaacs, Andrew Lunenburg, and great-grandson Jack Shaub. He is predeceased by seven siblings and survived by his brother and sister-in-law Jules and Janice Lunenburg of Camano Island, Washington, and many nieces, nephews, and extended family around the world.

Share Your Memory of
Arie
Upload Your Memory View All Memories
Be the first to upload a memory!
Share A Memory
Send Flowers