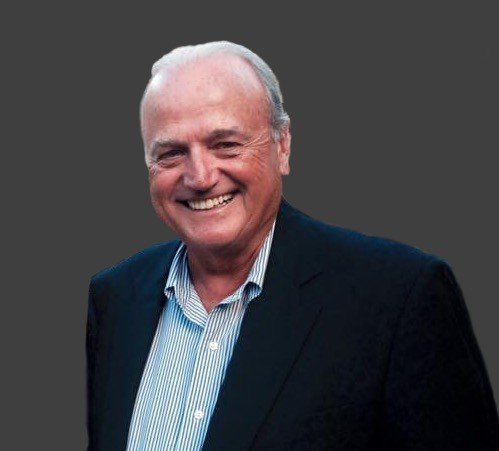 Denny grew up in Glens Falls and after graduating from St. Mary’s Academy, in 1966, he enlisted in the U.S. Air Force. He served in various theaters of operation in Vietnam, most notably in Hue during the Tet Offensive; he was awarded numerous medals, most importantly the Bronze Star for bravery in combat.

After receiving a Bachelors Degree from Syracuse University, he continued his illustrious career with the U.S. Government while undertaking studies to obtain an MBA from Georgetown University.  He joined the Defense Intelligence Agency where he served for 6 years, and later transitioned to the Central Intelligence Agency, where he had a successful career for more than 20 years specializing in national security and international arms control agreements during and after the Cold War period.  After retirement from the CIA, he specialized in biodefense matters for the Department of Homeland Security.  He was grateful and proud of the opportunity to serve his country for over 45 years.

In 2011, Denny and his wife, Pauline, retired to Hilton Head Island, SC from the northern Virginia suburbs.  Denny enjoyed his passion for golf and was pleased to make his first hole-in-one on the Island.  He especially enjoyed traveling and spending time with his many special friends and family.

Services will be private and at the convenience of the family. In lieu of flowers, donations may be made in his honor to The American Red Cross, P.O. Box 37839, Boone, IA 50036.