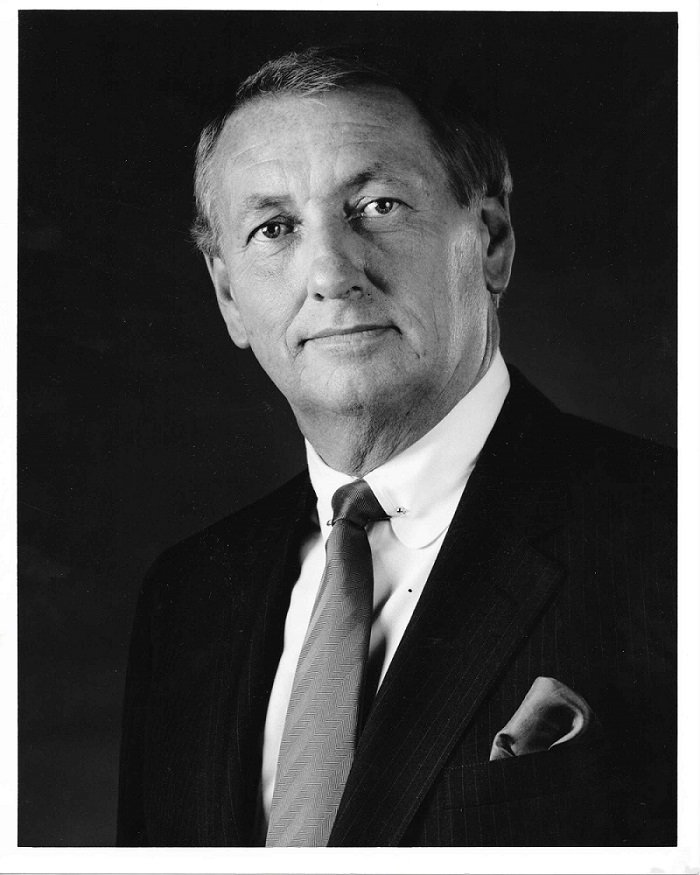 James Edward Collins passed peacefully at his home in Hilton Head on August 16, 2019 at the age of 84, surrounded by family.

Jim was born the youngest of five children in Niagara Falls, NY to William M. Collins and Goldy Knight Collins.  He was raised by William and Grace Collins. He graduated from St. Bonaventure University, where he competed on the golf and basketball teams.  On a visit home he proposed to Ginny, his college sweetheart, thus beginning a 61 year adventure.

His career in sales and marketing ultimately led him to the travel industry.  His dedication and work ethic allowed him to reach Vice President of Hertz, and eventually President of Avis. Jim’s exemplary work at Avis set several industry standards for employee empowerment, as well as diversity and inclusion. He was beloved by friends and colleagues for his humor and kindness.

His career in the travel industry allowed Jim and Ginny the opportunity to explore the world. Wherever they went, if there was a golf course, Jim was on it. Retirement on Hilton Head allowed him to continue his love of golf at the Long Cove Club.  He was also a lifelong New York sports fan, especially the Yankees.

Jim had a huge heart, and shared it through his charitable works in New Jersey with the town athletic league and in the local Catholic Church.  In retirement, he served on the boards of Long Cove Club, and the Pregnancy Center; he tutored at-risk youth, and was generous to several organizations, particularly Deep Well, and Renew International. His example of service and philanthropy is carried on by his children.

The Mass of Christian Burial has been rescheduled to Friday, September 13, 2019 at Holy Family Catholic Church at 11am.  A reception will follow.

Share Your Memory of
James
Upload Your Memory View All Memories
Be the first to upload a memory!
Share A Memory
Send Flowers