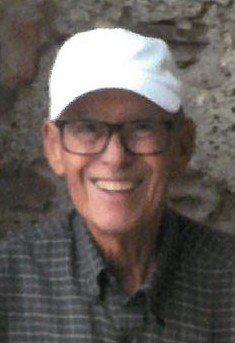 Gary L. Goodear, DDS, 79, of Hilton Head Island, SC, formerly of Easton, PA, passed away peacefully on Wednesday, September 18, 2019 at his home surrounded by his family.

He and his wife, Suellen (Keyser) Goodear, celebrated their 54th wedding anniversary on August 14, 2019.

Gary was a graduate of Easton High School class of 1958 where he played saxophone in the band. He earned a BA degree from Lycoming College class of 1962 where he was a member of Kappa Delta Rho fraternity. Gary earned a DDS from Fairleigh Dickinson School of Dentistry, and later became a Fellow of the Academy of General Dentistry (FAGD).

He was a captain in the Army where he served as a dentist then Dr. Goodear went on to own and operate College Hill Dental Group, for 42 years.

He was a member of First Presbyterian Church, Hilton Head.

Surviving in addition to his wife Suellen, are a daughter, Wendy Day and her husband Christopher, of Easton; a son, Gregory Goodear and his wife Christina, of Charleston, SC; and three grandchildren, Emily Day, Clark and Annalise Goodear.

A memorial service will be held on Friday, October 11 at 2 pm at First Presbyterian Church.

Share Your Memory of
Dr. Gary
Upload Your Memory View All Memories
Be the first to upload a memory!
Share A Memory
Send Flowers