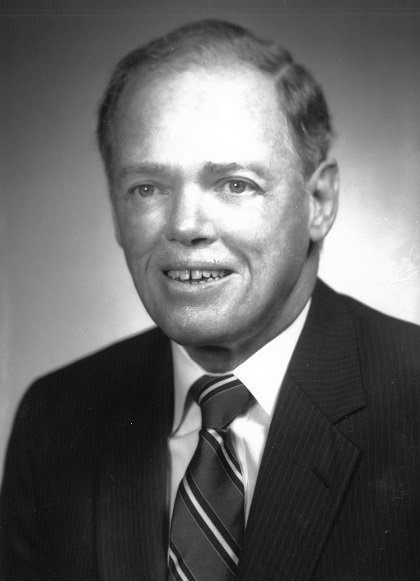 Richard Holliday Haroff was born March 15, 1924 to Earl and Vivian Haroff of Muscatine, Iowa, where he grew up.  He passed away at the Preston Health Center at the age of 95 on September 24, 2019.  Dick graduated from the University Of Iowa School Of Journalism where he was a member of Sigma Chi.  He pursued what became a very successful career in advertising.  During his college years he worked part time for The Daily Iowan.  Upon graduation, his first job was with Shaeffer Pen Co.  He later worked for Meredith Publishing Co. in New York and then was transferred to Philadelphia to manage the advertising sales office of Better Homes and Gardens.  In 1965, Readers Digest offered him the job of managing the Pittsburgh Advertising sales office.  Among his many clients in Pittsburgh were US Steel, Alcoa, Heinz, Stouffers and Zippo.

After he and Bonnie retired, they built a home in The Rookery in Hilton Head Plantation which they enjoyed for 17 years before moving to the Cypress of Hilton Head in 2006.  While retired, Dick enjoyed playing golf at the Country Club of Hilton Head, playing Bridge and driving dealer transfers for Hilton Head Honda.  He volunteered for many years at the Heritage Golf Tournament.  As long as he was able, he rode his bike several miles a day and was well recognized by Plantation residents.

His final stage of life was spent at the Preston Health Center where he received excellent care.  Interment will be private.  A Celebration of life will be held on Saturday, November 9 at 11:00 am at the Cypress Hall.  In lieu of flowers, donations may be made to Volunteers in Medicine.

Share Your Memory of
Richard
Upload Your Memory View All Memories
Be the first to upload a memory!
Share A Memory
Send Flowers