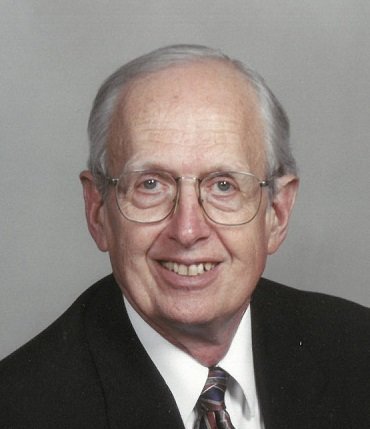 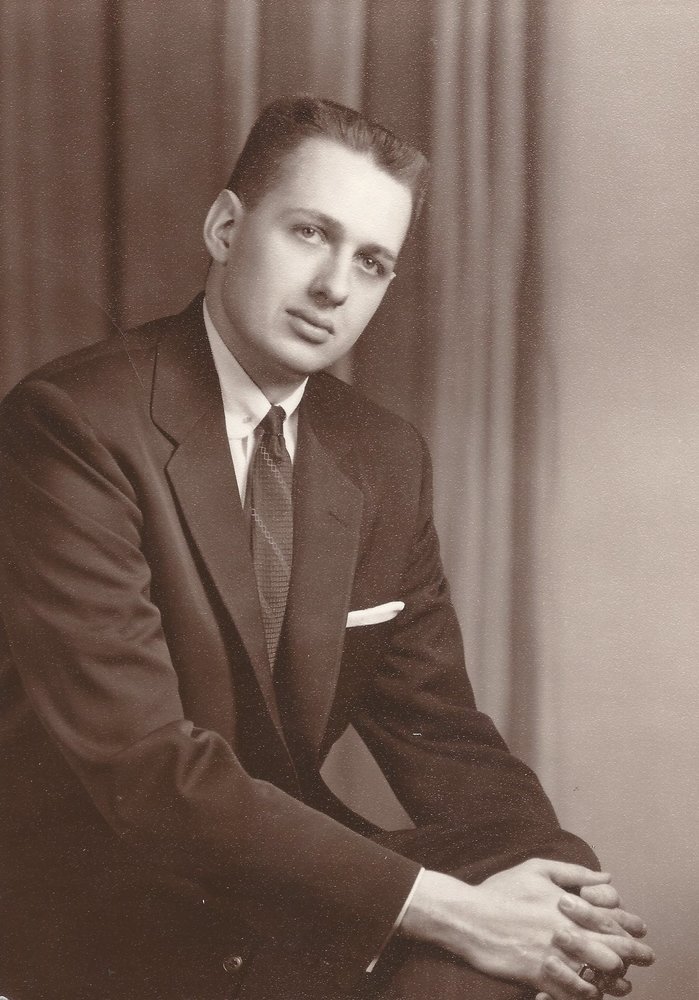 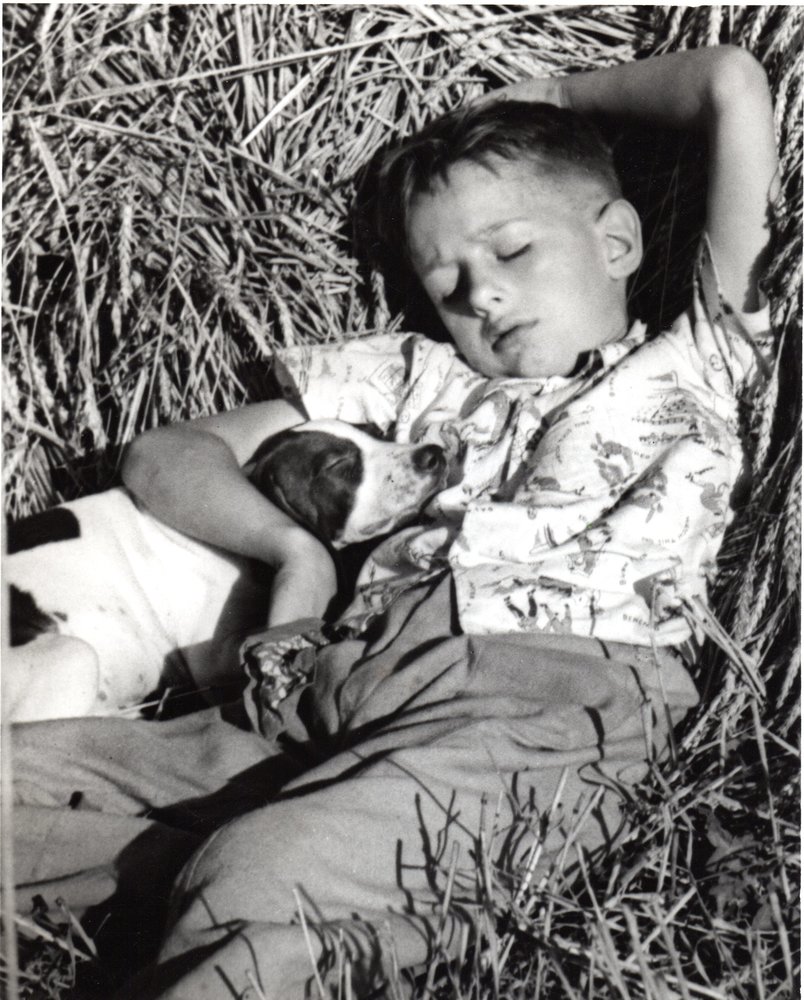 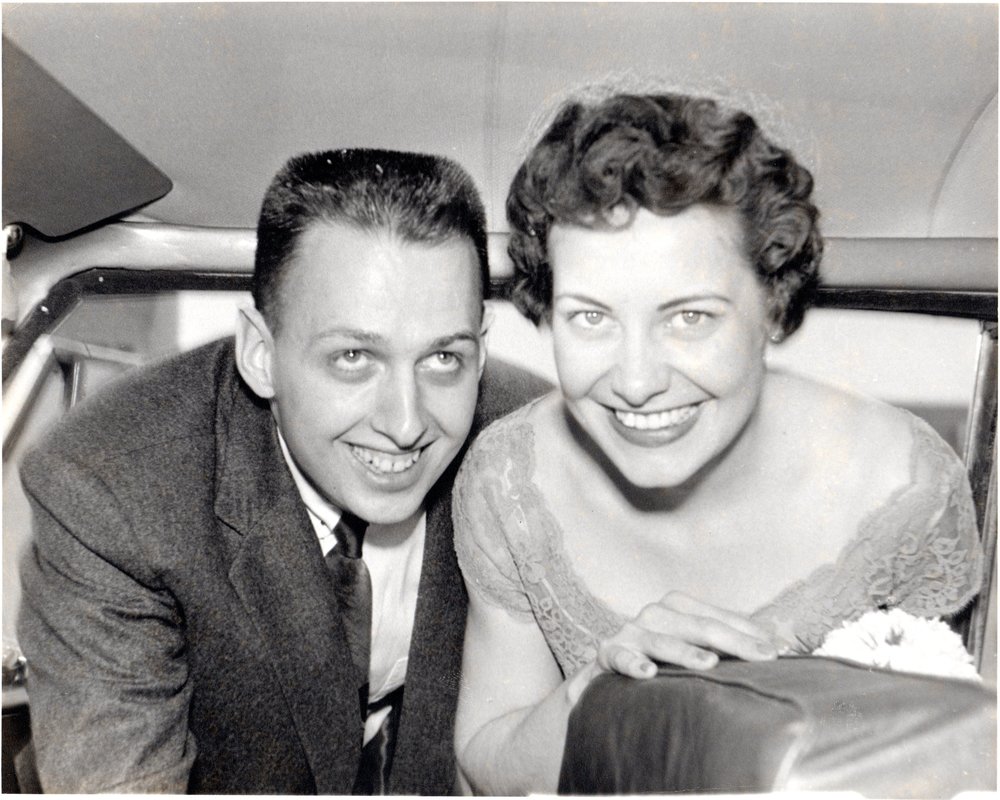 Born in Springfield, Missouri to Robert V. Prust and Imogene Coryell Prust and raised in Decatur, Illinois, George graduated from Millikin University in 1954 with a degree in Business Administration and a minor in Philosophy.  Senior class president, he was recognized in “Who’s Who Among Students in American Universities and Colleges” and was a member of Delta Sigma Phi fraternity.

During his senior year, he began dating Ruth McDonald, a sophomore.  Immediately after graduation, George went to work for A. E. Staley Manufacturing Company and four months later, he entered the army for a two-year stint, was stationed in Germany, and worked as a clerk-typist before making the basketball team.  Near the end of George’s time in the service, Ruth flew to Germany, where they were married and together developed a love of travel as they explored Europe over the next three months.

After the army, George returned to his job at A. E. Staley and was promoted to the Industrial Relations Division.  For 35 years, he rose through the ranks and in 1988 retired as Vice President of Human Resources.  During the 1970s, George received an MBA from the University of Illinois.

In 1978, George joined the Board of Directors of the Boys & Girls Club of Decatur (IL), served as President and was instrumental in raising money for a new facility.  After he and Ruth moved to Hilton Head Island in 1999, George again spearheaded a building fund while serving as Planning Chairman of the Bluffton (SC) Boys & Girls Club.

George developed a love of the outdoors through hunting and fishing with his father, hobbies he continued to enjoy while living in Illinois.  After retirement, he and Ruth traveled extensively and George became interested in photography.  In 1997, he resumed his study of philosophy, with a particular interest in philosophies based on quantum physics.

George is survived by his son, Robert M. Prust and his wife Jane (Abbott) of Bluffton; daughter, Cynthia Rintye and her husband Perry of Atlanta; and two grandsons, George Jackson Prust and Alexander Rintye.  He was preceded in death by his wife, Ruth, who passed away on February 2, 2019.

On Saturday, November 16 at 4 p.m. there will be a celebration of life for George led by Dr. John M. Miller at the TidePointe clubhouse, followed by a reception.  The clubhouse is located at 700 TidePointe Way.  On October 29, a private burial was held at Six Oaks Cemetery in Hilton Head.

Memorials may be made to Millikin University, Alumni and Development Office, 1184 W. Main St, Decatur, IL 62522.