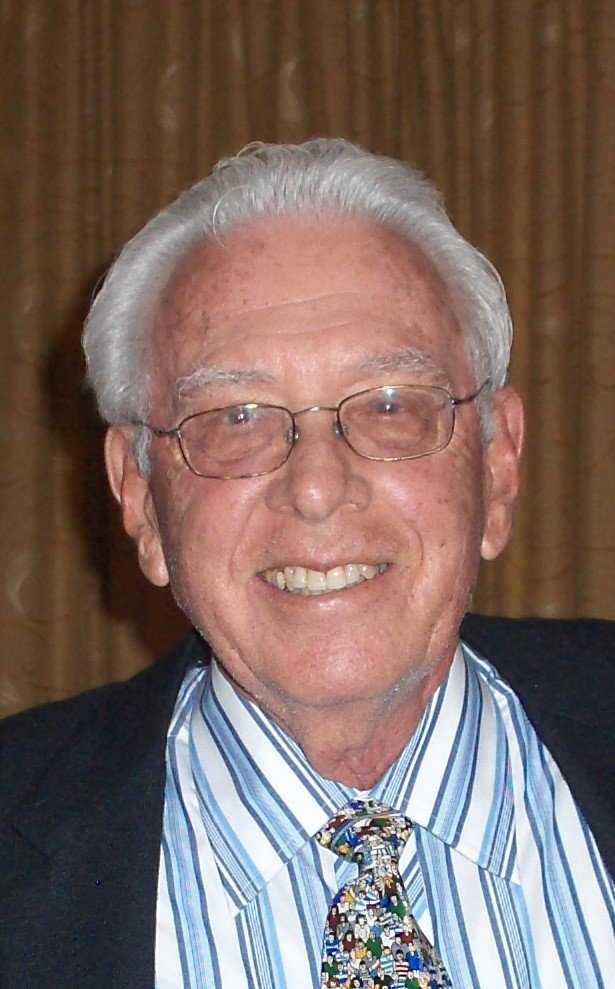 A child was born on a cold Brooklyn night

A child unlike any other,

Instantly loved by Jenny and Abe

And Melvin, his five-year-old brother.

The child grew older with a wit all his own

A jokester they’ve all come to tell,

He was known to raise his share of hell.

On through his youth and into his teens

It was clear what the next step should be,

With war being fought in countries abroad

Irwin went and joined the Army.

Home to New York a lot older and wiser

He signed up for college to foster ideas

And fell in love with his soon-to-be-wife.

Laura had beauty and talent as well

Her ambition was what Irwin needed,

So both forged ahead and worked very hard

And together it seemed they succeeded.

A child to both of them came,

With a beauty her own, and a voice like a Robin,

The child was so aptly named.

And in the same year, Lindy’s was formed

The name of their first retail store.

David came next, a beautiful boy

To carry the Lindenbaum name,

Alison’s last and the family’s complete

Together but never the same.

Now the children are grown, all married and well

Eleven grandkids made them smile

But Lindy and Laura seemed not to change

They aged with grace, humor and style.

Sitting at work day after day

Lindy dreamed of tennis instead,

So they packed all their bags and jumped in the car

And moved south to Hilton Head.

Lindy played tennis and Laura did, too

They made friends throughout the land,

And Lindy would watch and listen with pride

When Laura performed on her baby grand.

Lindy stayed by her side till the end,

Then found the peace he’d been searching for

When he realized he’d lost his best friend.

A room in a church with a group of adults

He could hear laughter, music and chatter,

That was the day he found a new home

That was the day he found Memory Matters.

He was voted their star volunteer,

His passion, his warmth and quick with a joke

Are the reasons they’d stand up and cheer.

Our father was born on a cold winter’s night

A star must have been shining above,

A man unique in his ways, with so much to give

Especially his heart filled with love.

A celebration and remembrance of Lindy will be on Saturday, February 1 at Memory Matters, 117 William Hilton Parkway, Hilton Head, from 2:00-4:00 p.m.  In lieu of flowers, please make your donations to

Share Your Memory of
Irwin
Upload Your Memory View All Memories
Be the first to upload a memory!
Share A Memory
Send Flowers