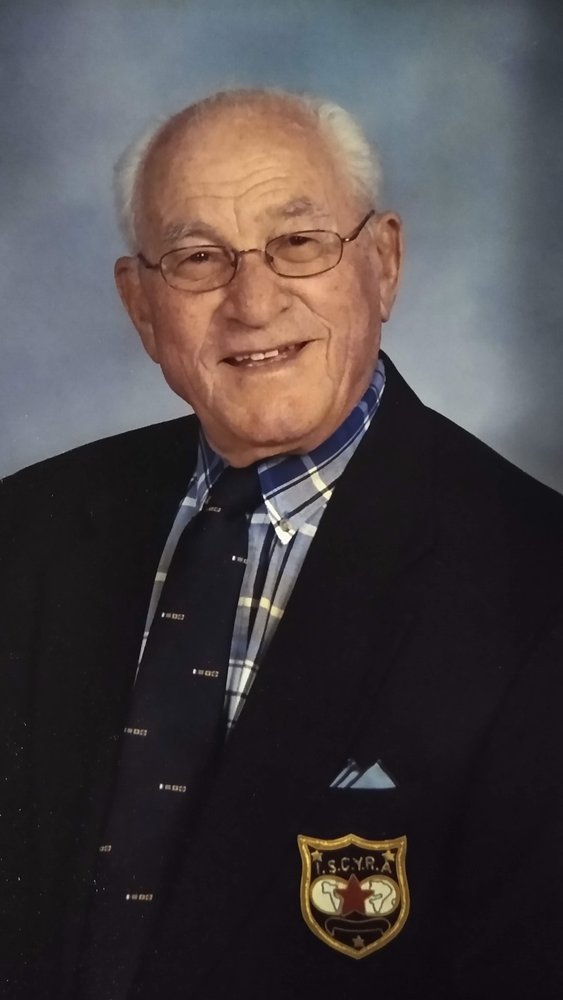 Ernst Pfrunder, 96, died January 25, 2020 on Hilton Head Island.  He was born on April 8, 1923 in Maennedorf (Zurich), Switzerland.  He was the son of the late Heinrich and Frieda Pfrunder.  He was preceded in death by his wife Barbara in 2013, his three brothers, Wilfred, Oscar and Harry Pfrunder and his sister, Klara Hellowell.

After graduating from the Commercial College of Zurich he served in the Swiss Army and graduated as a 2nd Lt.  He joined the family business prior to immigrating to the USA in January 1951, where he settled in Amityville, NY.  On October 11, 1952 he married Barbara Halsted.  He was an avid sailor, first as a crew for his father-in-law on a Star Boat on local waters, and the Chesapeake Bay at the 1951 World Championship and once even in the Bacardi Cup in Cuba.  He was a member of the Unqua Corinthian Yacht Club and raced various types of one design and cruising boats.

He was in the Machine Tool Import business for 35 years in New York City and Long Island.  He took an active part in St. Paul’s Lutheran Church in Amityville and was on the Board of the L.I. Lutheran High School.

He is survived by a son Randy Pfrunder and daughter-in-law Chris of Farmville, VA and a daughter, Betsy Kellndorfer, son-in-law James Kellndorfer as well as four grandchildren, Jamie and her husband, Matt Kelley, Laurie and her husband Josh Locke, Lisa and Julie.  They lived on Long Island, NY until Ernst’s retirement in 1987.  They moved on to their boat and spent their first five years on Hilton Head Island at the Harbour Town Marina.  During that time he worked as a Ranger on the Harbour Town Golf Links.

In 1996 they moved to Sun City where he was a member of the Men’s 9-Hole Golf Association and the Computer Club.  He also volunteered in the Bluffton Okatie Outpatient Clinic, Volunteers in Medicine and Hilton Head Medical Center.  He and his wife moved in 2004 to the Seabrook of Hilton Head, a retirement home where he again volunteered his time maintaining the flower garden of the Seabrook Fraser Health Center and several bird feeders for the patients.

A memorial service will be held Friday, February 7 at 10:00 am at Christ Lutheran Church.

The family would like to thank the staff of Fraser Health at the Seabrook for their wonderful compassionate care as well as Tidewater Hospice and his nurse Joanie.

Share Your Memory of
Ernst
Upload Your Memory View All Memories
Be the first to upload a memory!
Share A Memory
Send Flowers