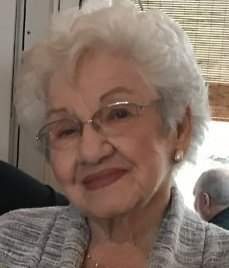 Dorothy Burtha, 92, of Hilton Head Island, passed away peacefully on Saturday, May 2, 2020, with her daughter by her side. Dorothy was born February 11, 1928, in Newark, NJ. She married the love of her life, John Burtha, on April 23, 1950. Dorothy retired from Novartis Pharmaceutical in 1984, at which time she and John moved to Hilton Head Island to start enjoying their almost 30 retirement years together until John passed away in 2013.

Dorothy is survived by her son, Michael Burtha of Hilton Head Island, SC; her daughter Karen Davis and son-in-law M.T. Davis, who lovingly cared for her in their home in Bluffton, SC over the last two years; and grandchildren Douglas Burtha of Morristown, NJ and Alicia Burtha of Green Bay, WI. Dorothy especially enjoyed the summer of 2016, when she and Alicia were "roomies" during Alicia's summer internship on the Island. A special mention must go to "Trixie" Davis, an older rescued Cairn terrier who became Dorothy's constant companion the last several years.

Dorothy will be interred next to her beloved husband in a private ceremony at St. Francis by the Sea.  A Celebration of Life will be planned for a later date.

Memorial contributions may be made to St. Francis by the Sea Catholic Church, or Cairn Rescue League, cairnrescueleague.com.

Share Your Memory of
Dorothy
Upload Your Memory View All Memories
Be the first to upload a memory!
Share A Memory
Send Flowers