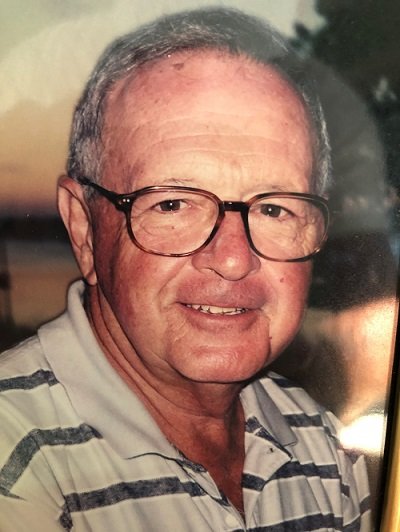 On Sunday July 12, 2020, Howard Izer, loving husband and father, passed away at age 92 at Hilton Head Hospital. Howard is survived by his loving wife of 66 years, Grethe Izer, three sons Robert Izer and wife Tricia of Indian Land, SC, William Izer and wife Carol of Hilton Head Island, SC and Thomas Izer and wife Laura Lee of Charlotte, NC. In addition, he is survived by four granddaughters and five great grandchildren, and six nieces and nephews.

Howard was predeceased by his parents and sister Evelyn.

Howard was born on June 27, 1928 in Clifton, NJ to George and Helen Izer. After graduating from Clifton High School, Clifton, NJ in June 1945 he attended Pace College, New York City and Rutgers University for two years while working at the Passaic-Clifton Bank, Passaic, NJ. before serving with the U.S. Army from December 1950 through September 1952. He served in Korea with the 141st Armored Signal Company, Second Infantry Division where he was awarded a Purple Heart along with several other service medals.

After being discharged from the Army, Howard was married in 1953 to his loving wife Grethe.  Howard began his finance career with C.J. Devine & Co, a specialist in Treasury and tax-exempt securities located in New York, NY. This firm was later purchased by Merrill Lynch where Howard worked until 1983. He took an early retirement and together with Grethe relocated from Glen Rock, NJ to Hilton Head Island, SC in April 1984. After relocating to Hilton Head, Howard worked for several years with Bankers Trust of South Carolina.

After retirement, Howard was active in the Palmetto Dunes golf community and served as a Board Member for the Palmetto Dunes Club and Senior Men’s Golf Association. He was a proud supporter of the local Veteran’s Memorial and always attended events honoring our surviving and deceased service members.

Howard will be remembered for his generosity, his wonderful sense of humor, his love of family, friends and country.

Donations may be made in Howard’s memory to the Deep Well Project of Hilton Head.

A private family service will be held at a later date.

Share Your Memory of
Howard
Upload Your Memory View All Memories
Be the first to upload a memory!
Share A Memory
Plant a Tree