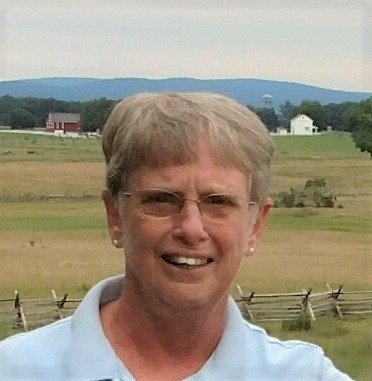 Elizabeth (Betty) Ann (Dietz) Rampe, the youngest daughter of Stephen and Josephine (Nunamann) Dietz, passed away on August 26, 2020 after a long and courageous battle with cancer.  For 57 years Betty loved, and was loved by, her husband Joseph (Joe) Rampe who survives her.  She was predeceased by a brother, Stephen Dietz, Jr and leaves behind two sisters - Louise Dietz of White Plains, NY and Alice Gage of Kansas City, MO, three children -Christopher Rampe (and his wife Ellen) of Warwick, NY, Kevin Rampe (and his wife Christine) of New Hope, PA and Meg Park (and her husband Nathan) of Bluffton, SC and eight grandchildren (Joseph, Adam, Thomas, William, Jack, Matthew, Lily and Emma).

Betty spent the early years of her life in Shrub Oak, New York where she was an active athlete and captain of her high school cheerleading squad.  She went on to attend and graduate from SUNY Plattsburgh with a BS in Education.  A life-long educator she met her husband, Joe, on a blind date in Cornwall, New York while working as a teacher in Newburgh, New York.  It was love at first sight and soon the two of them were married, moved to Greenwood Lake, New York and purchasing their first business, a pharmacy, and expecting their first son, Christopher.  This was to be just the beginning of a lifetime of devotion to each other and a teamwork that continued throughout their lives as Betty and Joe opened and operated (many at the same time) the pharmacy, an antique store, a Shaker furniture store, a video store and a Radio Shack franchise.  As their family grew Betty and Joe moved to Warwick NY where they owned and operated a family farm and farm stand that provided vegetables to the public and surrounding area restaurants.  In the meantime, while her children grew older Betty returned to her educational roots and earned a Masters in the Arts in Special Education from the College of New Rochelle and returned to teaching in the Liberty, New York school system.

Later in life Betty was able to live out her desire for travel as she and Joe traveled the country in their RV and took numerous tours throughout Europe (with multiple trips to Florence, Italy and Paris, France).  They ultimately settled on a home in Beaufort, South Carolina where she and Joe would enjoy escaping to the water and, in the hot summers, to their homes in the mountains of North Carolina.  Most recently Betty and Joe lived in Hilton Head, SC where they resided at the time of her death.

Burial services will be private to respect Betty’s wishes.  Memorial gifts may be directed in lieu of flowers to the MUSC Foundation/Hollings Cancer Center, 18 Bee Street, MSC450, Charleston, SC 29425 or on line at https://www.hollingscancercenter.org/development/faqs.html#memorial.