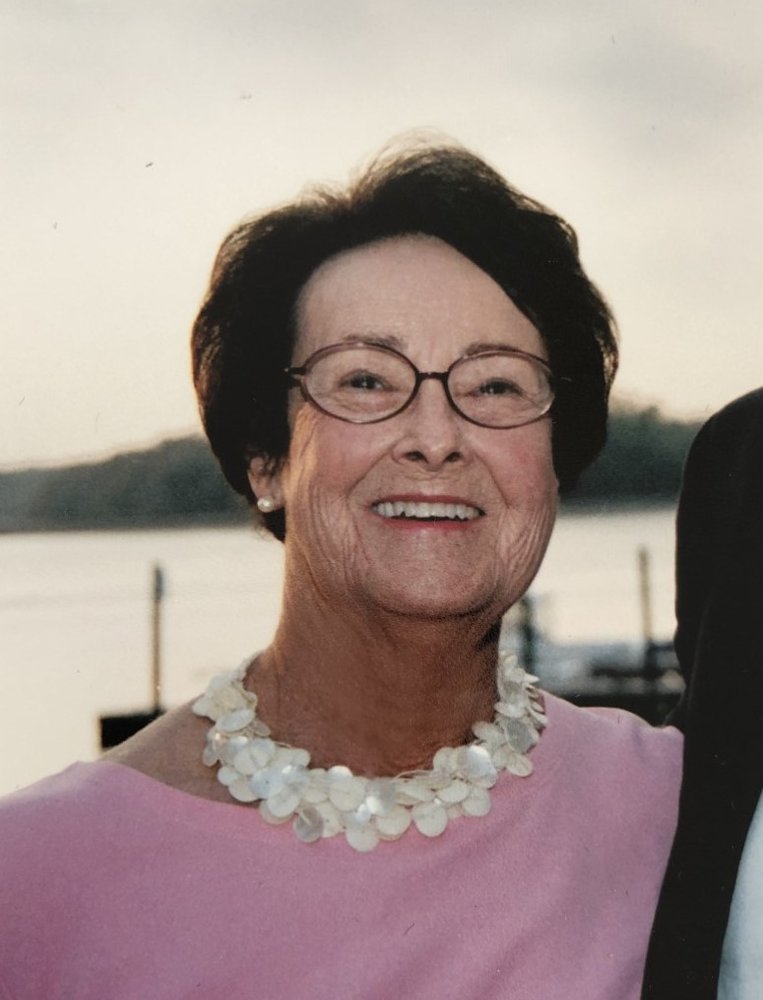 Elaine Wunder Glenn passed peacefully surrounded by her family on September 10, 2020 at her home on Hilton Head Island. Elaine was born November 22,1932 in Baltimore, Maryland, the third child of Helen (Robel) and Edward Wunder. Prior to retiring to Hilton Head, she resided in the DC area for 45 years. Elaine attended Dunbarton Oaks College in Washington, DC and began her career as a medical secretary at Walter Reed Hospital. In 1956 she married James Thornton Glenn.  An active member of the Alexandria Junior Women’s Club, Elaine organized an embassy tour in Washington, DC to benefit the School for Handicapped Children in Alexandria. After moving to Hilton Head, Elaine was a dedicated volunteer at Hilton Head Hospital for over 20 years.  She enjoyed the beauty of the Low Country and introduced the area to many friends who have become permanent residents.

Elaine was guided by her faith. Those with whom she developed close friendships found her to be a thoughtful and astute advisor. She was a supportive and patient wife and a loving mother to her five children. Her nine grandchildren fondly called her “Gaba.”

A memorial Mass will be held at St. Francis by the Sea Catholic Church, Hilton Head Island, SC on Friday, September 25th at 10:00 AM. A private inurnment will follow at a later date at St. Gabriel’s Cemetery in Potomac, MD. Donations in Elaine’s honor may be made to Memory Matters of Hilton Head, 117 William Hilton Pkwy, Hilton Head Island, SC 29928.( https://mymemorymatters.org/donate).

Share Your Memory of
Elaine
Upload Your Memory View All Memories
Be the first to upload a memory!
Share A Memory
Plant a Tree