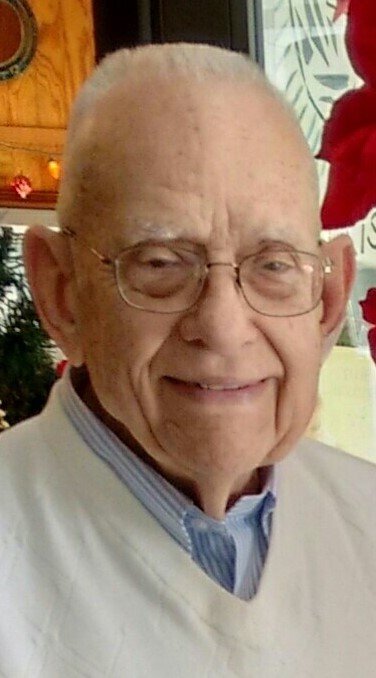 John Roland “Jack” Armstrong, Jr., 93, of Hilton Head Island, died peacefully at home, on October 9, 2020, surrounded by his family.  Born in High Point, NC, Jack was the only child of the late John R. Armstrong, Sr. and Mary Margaret Armfield Armstrong of Jamestown, NC.  He spent a happy childhood growing up among many friends and family members and graduating from Jamestown High School as Valedictorian in 1944.   Approximately one month later, Jack was admitted to the Army Specialized Training Program (ASTP) and was promptly sent to the University of Mississippi in Jefferson to begin his college education.  His military unit transferred together to Georgia Military College, Dahlonega, Georgia to continue their college classes while undergoing military training, eventually transferring to North Carolina State University in Raleigh to finish the program.  The end of World War II came soon after their final move and Jack opted to remain at NC State to complete his Bachelor of Science Degree in Civil Engineering, which he earned with highest honors in 1948.  While Jack was enrolled at NC State, he was elected President of The Engineer’s Council and he was inducted into Tau Beta Pi academic honors fraternity.  He was granted a teaching fellowship to attend graduate school.   He began what would become a fifty-year engineering career, first with Carter Williams Architects in Raleigh, and then the Austin Company in Cleveland, before he was called into the Korean Conflict, where despite his youthful age,  the then First Lieutenant was sent to Fort Lewis, Washington to serve as the post Sanitary Engineer, remaining in that post until he was honorably discharged as a Captain and returning to North Carolina to open his own private engineering practice.  He remained an active member of the Army Reserves through 1961. Following a move to North Augusta, SC, Jack worked for Zimmerman, Evans and Leopold Engineers (ZEL) in Augusta, Georgia for the next forty years, retiring as a partner in 2001.

While working on the design of the North Carolina National Bank in Charlotte, Jack met the love of his life, Carol Foster, who was a high school teacher and they were married in 1960.  They would have celebrated their sixtieth wedding anniversary in December of this year.  Additionally, he is survived by daughters, Mary Jean Armstrong Triebold (Bill) of Charleston, SC, and Leslie Armstrong Stewart (Paul) of Hilton Head Island, and one grandson John W. “Jack” Triebold, of Charleston. He is also survived by several beloved cousins.

A memorial service will be held outside at The Island Funeral Home and Crematory on Saturday, November 14 at 3pm.  The Reverend Neil Yongue will officiate.  A reception will immediately follow the service at the Palmetto Bay Sunrise Café.

Anyone desiring to send memorial gifts should send them to the Jamestown Public Library, 200 W Main Street, Jamestown, NC 27282, or to the Epworth Children’s Home, PO Box 50466, Columbia, SC 29250.