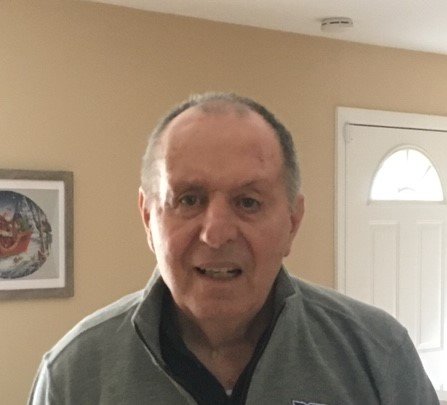 It is with heavy hearts that we announce the passing of Harold Francis Kelly on October 31st at the age of 79.  Longtime resident of Greenwich, CT.

Harold was born on February 3, 1941 in Port Chester, NY, son of the late Harold and Frances Kelly. He married his high school sweetheart, Barbara, on April 23, 1960.  After retirement, he enjoyed spending most of his time on his boat.  He was a loving husband, father and grandfather who enjoyed time with his family and would never miss a grandchild’s school or sporting event. He was always there to cheer them on.  He was an avid New York Rangers fan and enjoyed ice skating himself.

He leaves behind his wife Barbara and their four children: Harold Kelly of Greenwich, CT, Darlene Enright (Thomas) of Hilton Head, SC; Lorraine Gowans (John) of Greenwich, CT; and Brian Kelly (Laura) of Greenwich, CT; as well as his four grandchildren: Courtney Enright, Kaitlyn Gowans, Brian & Kyle Kelly.  He is preceded in death by his parents and his brother Robert Kelly, Mesa, AZ.

There will be no visiting hours and the service will be private.

Share Your Memory of
Harold
Upload Your Memory View All Memories
Be the first to upload a memory!
Share A Memory
Plant a Tree