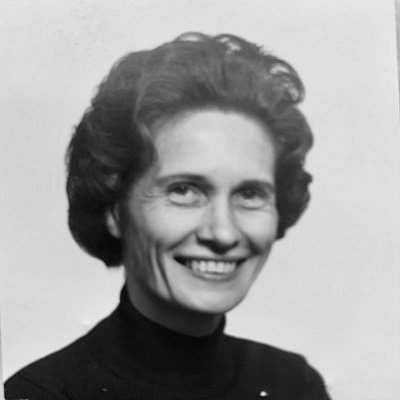 Clara was born on August 21, 1932 in Raleigh, NC. She earned her Master’s degree in biochemistry in 1967 and in 1969, a PhD in microbiology from North Carolina State University.  She was a professor of microbiology at North Carolina State University and Meredith College in Raleigh, NC.  At Meredith College, Clara became chair of the biology department, was instrumental in establishing the graduate program and served as dean of the graduate school.  Clara married William B Bunn, Jr. in 1949. They raised a son, William B. Bunn, III, MD, JD, MPH.

Clara’s strength and intelligence were central to her professional and personal life. She had many scientific publications and found great joy in teaching. She was a dedicated wife, and cherished time traveling with her husband. She loved the outdoors, and spent much of her later years in Bethel, Vermont, where she could walk in the mountains and appreciate the surroundings. She was known for her quick wit, determination, and powerful insight.

Clara was preceded in death by her parents and husband. She is survived by her son, William and his wife, Cherie, of Hilton Head Island.  She is also survived by her two granddaughters and their spouses, Ashley Bunn and Eric Binkley of Denver, CO, Jordan and Garick Taylor of Louisville, KY, and 3 great-grandchildren, Peyton, Arlo and Holston. A funeral service will be held at 1:00 pm on November 21, 2020 at Raleigh Memorial Park in NC.