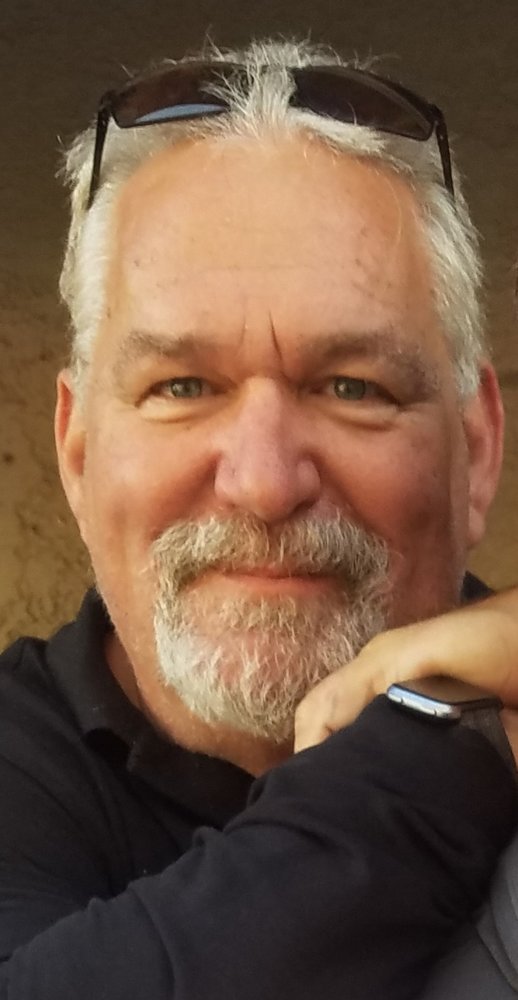 Stephen Gerald Ross of Hilton Head Island passed away on January 5, 2021. He was 62.

Stephen was born on March 30, 1958 in Detroit, Michigan to his parents Gerald and Mary Jane Ross. He graduated from Clawson High in 1975 and immediately joined the Army. After concluding his service, he decided to settle in Kaiserslautern, Germany and go into the screen-printing business. In 1981, he became business partners with Max Falk and they established Falk & Ross. Stephen eventually bought out Mr. Falk in 1984 and over the next 35 years he ran Falk & Ross and grew the company from a small screen printing outfit to the largest distributor of promotional textiles in Europe. Stephen semi-retired in 2007 and fully retired in 2019 settling in Hilton Head.

Stephen enjoyed travelling the world and experiencing all life had to offer. He had a passion for boating and reveled in any opportunity to get on the water. He became an avid cyclist and loved to put miles on his tires. He was also perfectly happy to simply sit down at the table with friends and family, play some cards, and, “solve the world’s problems.”

Stephen is survived by his wife Vicki Ross of Hilton Head; his son and daughter-in-law, Andrew and Tiffany Ross of Bluffton, SC along with his granddaughters Shelby Golding and Bria Ross; his son Shaun Mallon of Austin, TX; his daughter Shayne Ross-Smith and grandson Jackson Ross-Smith of Raleigh, NC; his son and daughter-in-law, Zachary Ross and Bea Ross of Kaiserslautern, Germany and his granddaughter Zoey Ross; his son Luke Garrett of Hilton Head, SC; his brother Donald Ross of Lawton, OK; his Brother and sister-in-law Jim and Sharon Ross of Oxford, MI, his brother and sister in law Tim and Amy Ross of Indianapolis, IN; his sister and brother in law Judianne and Peter Graham of Greeley, CO; and his brother and sister-in-law Rick and Julie Ross of Kennewick, WA. He is preceded in death by his father Gerald Ross, his mother Mary Jane Ross, and his grandson Harley Golding.

There will be a small family only service due to Covid-19 protocols at noon on Saturday on Hilton Head honoring his memory. There will be a video stream of the service available so friends and extended family can pay their respects as well.