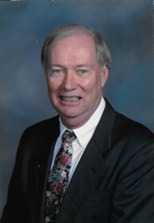 He spent his early years through high school in the small midwestern town of Metropolis, IL frequently working in the family furniture and hardware store.  Ed attended the University of Illinois earning a BS in Chemical Engineering.  He earned an advanced degree in Chemical Engineering at Carnegie Mellon University in Pittsburgh, PA.  Following completion of his military obligation in the U.S. Army Ordinance Corps, he started a multi-year career with Sun Oil Company (Sunoco).  Ed held positions in Refinery Operations, Research and Development, Finance and a number of management assignments.  He was Director of Marketing of Sun Information Services, and President of Weiland Computer Group which provided banking operations to more than 100 banks from Ohio to Iowa.  After Sun, Ed was an executive management consultant on information as an asset and the uses of information technology in business strategy.  He then joined the senior management of Johnson & Johnson as Corporate Vice President, Information Management.  Following retirement from Johnson & Johnson, he and Susan moved to Hilton Head Island.

For 35 years, Susan and Ed maintained a second home in the historic seaside town of Cape May, NJ.  From late May to early September, their home was busy with family and friends.  They also provided housing for directors and actors for the local equity theatre, Cape May Stage.  Afternoon was beach time, and then everyone would gather for cocktail hour on the front porch to observe the street scene, watch carriages pass by, and discuss many serious and non-serious topics.

Ed was involved in a number of community activities.  In Cape May, he was President of the Taxpayers Association.  He also served as President of the Cottagers Association of Cape May, an organization dedicated to preserving the historic character and the quality of life of the town.  After moving to Hilton Head Island, Ed was on the Board of the Hilton Head Symphony.  While serving as Board Chairman, Ed helped guide the recovery from the 2008-2009 recession and the change of the Music Director.  He was also a member of the Board of The Lean Ensemble Theater.

Ed loved his family and friends; was proud of his children, stepchildren and grandchildren; learned to adore cats, shore houses and the ocean.  He supported his colleagues and employees to become their best selves; and respected and cherished his wife and life mate Susan.

Share Your Memory of
Edward
Upload Your Memory View All Memories
Be the first to upload a memory!
Share A Memory
Plant a Tree