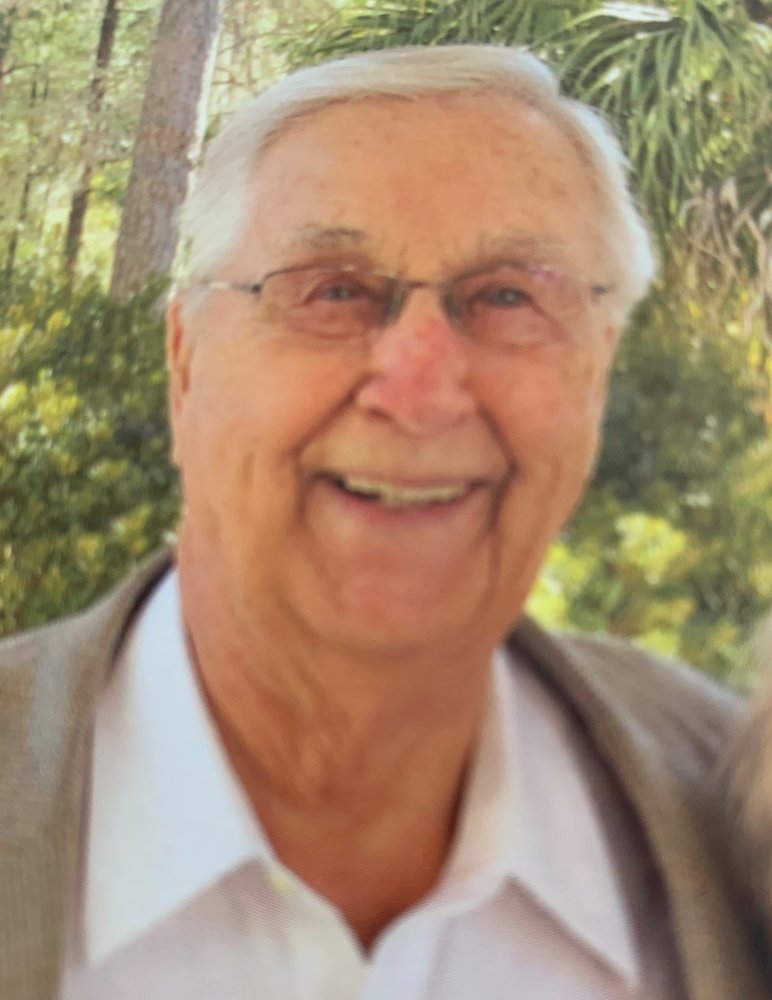 Dick was born on February 28, 1926 in Roanoke, VA. He attended college in Virginia, served in the Navy in World War II, was honorably discharged in 1946 and married Mary Blackwell in 1950. Dick and Mary were married for 68 years until Mary’s death in 2018.

Dick worked for DuPont for more than 40 years. Dick and Mary lived in Martinsville, VA, Providence, RI, Chicago, IL and Wilmington, DE before retiring to Hilton Head Island in 1989.

Dick was active in church activities including service as a deacon, advisory board member, prayer group leader and participant in church choirs. He served on the Advisory Board of Directors and various committees at TidePointe. He also served on many volunteer capacities in community charities as well as head marshal for many years at the Heritage Golf Tournament on the Island. After his retirement, Dick became an avid golfer and a member of Sea Pines Country Club.

Dick is survived by his daughter and son-in-law, Kim and Jeff Abbott, his son, David Mason and his son and daughter-in-law, Michael and Josephine Mason. He is also survived by six grandchildren and two great grandchildren as well as cousins who live in Roanoke, VA. His son, Matthew Mason, the “Ambassador of the 14th Hole”, predeceased him.

The family hopes to schedule a memorial celebration in the near future. In lieu of flowers, please consider donations to the Benedictine Foundation in Ridgely, MD or the Providence Presbyterian Church in Hilton Head Island, S.C.

Share Your Memory of
Richard
Upload Your Memory View All Memories
Be the first to upload a memory!
Share A Memory
Send Flowers