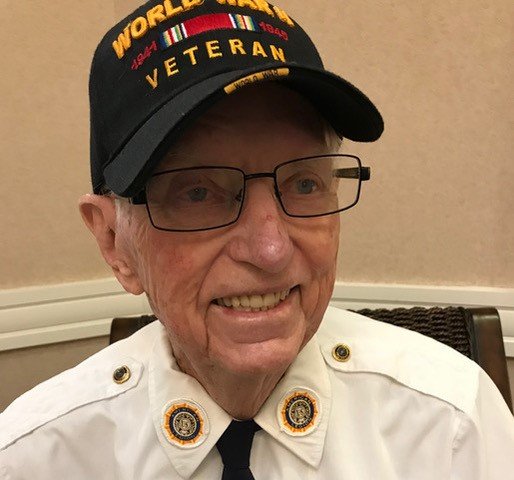 Dwayne “Nels” Nelson 93, of Charleston, SC and previously of Hilton Head Island passed away at the Veterans Victory Home from Covid-19 and a pre-existing heart condition. Nels was very patriotic, a WWII Navy veteran who served his country in Okinawa. He was born in Albert Lea, Minnesota on August 1, 1927, the son of the late Victor and Alvina Nelson and older brother of the late Dale Nelson. Dwayne was employed in sales management for the Hormel Foods for thirty-seven years. His latest assignment was the Midwest Manager located in Chicago prior to his retirement to Hilton Head Island in 1994. He is survived by son Steven Nelson and his wife Vicky of Three Forks, Montana, Jeffrey Nelson and his wife Anna of Marshfield, Massachusetts, daughter Elizabeth Haggerty and her husband Steven of Kennebunkport, ME & Seabrook Island, SC. He has three grandsons: William, Thomas and Steven, and a great-granddaughter Sophia of Massachusetts, two very special niece’s, Kristin Anderson and Heidi Hotvedt. Dwayne was married three times and is survived by NaThelle Cattanach. He enjoyed extensive travel to over 25 locations abroad and living the good life in Hilton Head Island while married to the late Betty McMorrow Nelson and the late Jean Purcell Nelson.