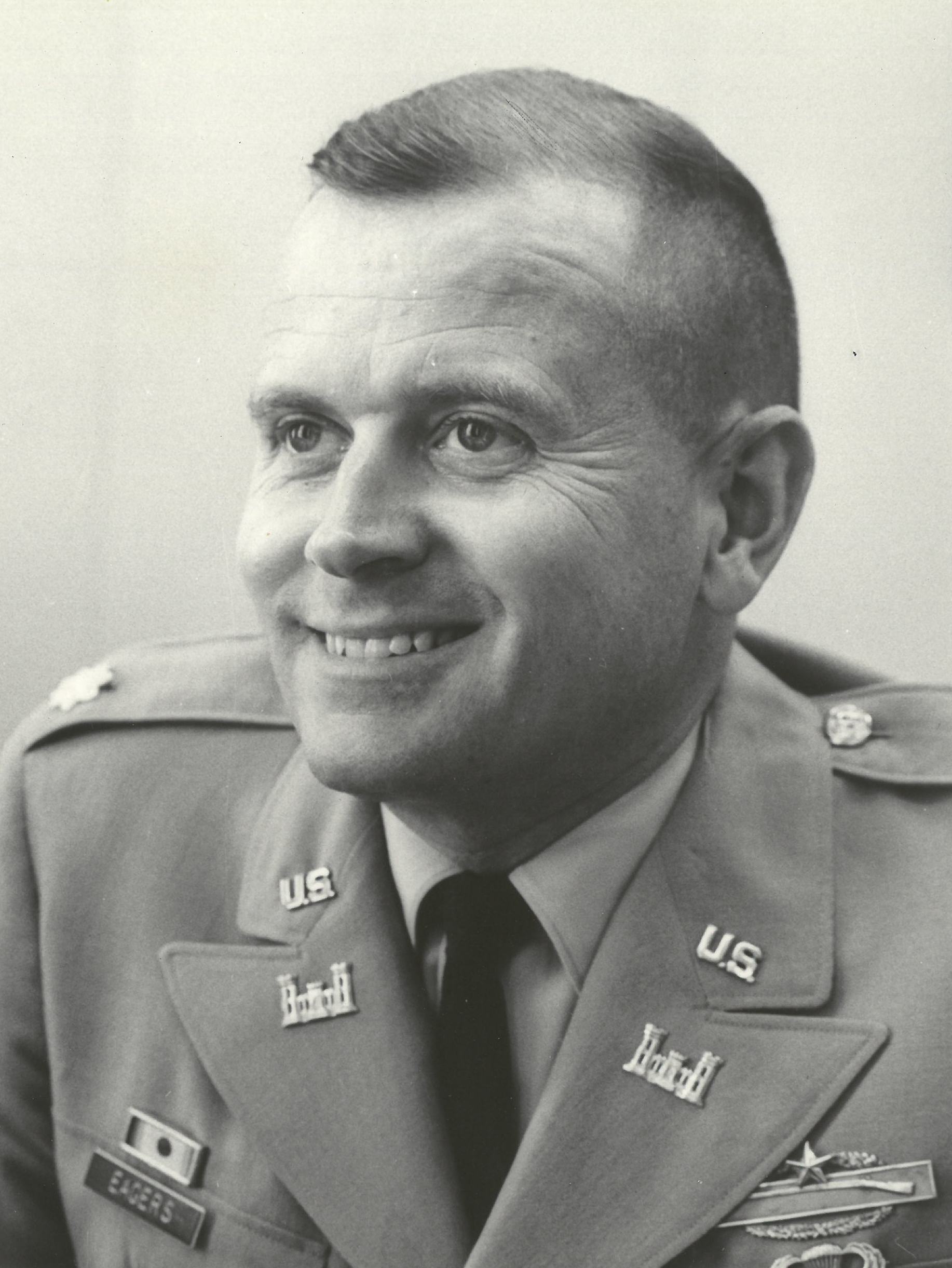 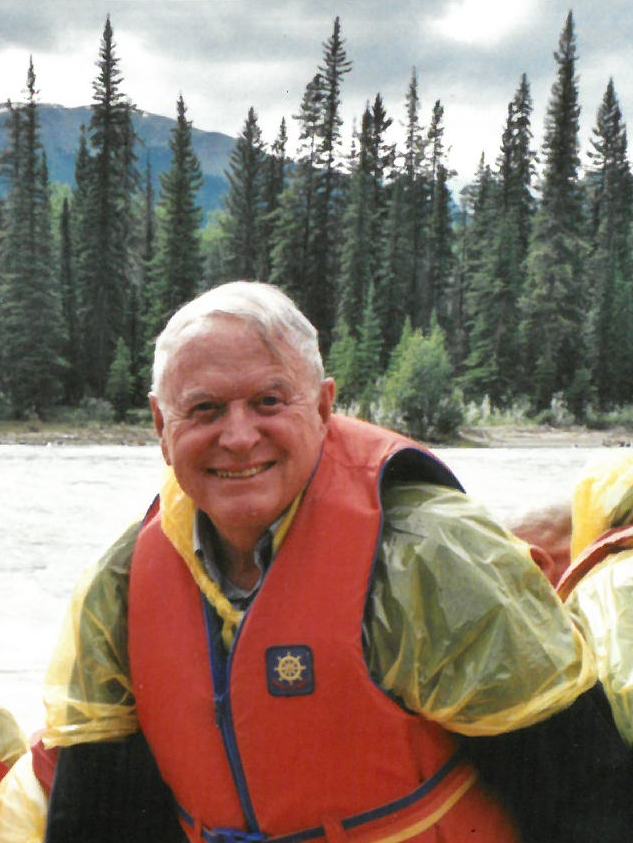 Joseph Alban Eagers Jr. passed away Tuesday April 20th 2021, he died of natural causes. He was an infantry combat veteran of WWII and Korea, also serving as a Senior Staff Engineer in Vietnam in 1966-’67.

Joe was born in 1925 in Baltimore, MD to Mary Spurrier Eagers and J. Alban Eagers.  He grew up there and graduated from Loyola High School in 1943. He started college but was drafted into the Army at the age of 18 and was overseas within six months.

Assigned to an infantry battalion of the 10th Armored Division he entered combat in Germany near Trier.  An appointment to West Point brought him back early to the U.S. to enter as a member of the class of 1949. Although he was literally pulled from the company in Germany, with only schooling intervening, he went directly back into fighting on the besieged Korean Peninsula, this time as a Platoon Leader of an African American unit.

As U.S. forces built up, his unit progressed from deep in South Korea north to within 35 miles of the border with China (Manchuria). When the Chinese entered the war in strength U.S. Forces withdrew to South Korea to regroup. During the latter half of his Korean tour of duty he was Aide-De-Camp to Commanding General of the division, Major General J.S. Bradley and returned to the U.S. with him in July of 1951.

Joe met his future wife, JoAnne Fisher, in Carmel, CA and in 1953 they moved to Fort Lewis, WA for a two-year assignment.  Notably, while there, the rifle company he commanded was given the opportunity to perform as extras in the Universal Studios Film “To Hell and Back” about the most decorated soldier in WWII, Audie Murphy.  Audie played himself in the very successful film.

The next assignment in 1956 was ROTC duty at the University of Hawaii. The family home in St. Lewis Heights overlooked the Pacific Ocean at a time when there were no buildings to obstruct the view of Waikiki Beach. Before departing for the mainland Hawaii became the 50th state.

He then transferred to the Army Corps of Engineers and was assigned to the Engineer Center at Fort Leonard Wood, MO. In 1960 he went to graduate school at Texas A&M for a Master of Engineering Degree.

A three year assignment in Germany followed. The historic “Berlin Wall Crisis” occurred during this tour of duty marking a time of local and international tension. By and large it was a fascinating assignment with trips in all directions from Frankfurt including Moscow, Warsaw, London, Italy, Holland and Austria.

Upon returning from Europe Joe was assigned to the office of the Chief of Engineers working in New York City and Northern Virginia. In 1966 he was ordered to South East Asia where he was appointed Staff Engineer of central South Vietnam during the hurried build up period.

In 1970 following duty in Baltimore as Deputy District Engineer in Washington, D.C. he retired from the service as a Lt. Colonel, to live and work in the new town of Columbia, MD as a Senior Project Manager of Development for the Rouse Company.

In 1973 he became Construction Manager for George Washington University in Washington, D.C., serving in that capacity for fifteen years. This was a period of great expansion for the University in school, hospital and commercial development.

Upon retiring from GWU in 1988, he and JoAnne moved to Sea Pines Plantation on Hilton Head Island, SC where they had owned property since 1972.

Awards and decorations included the Legion of Merit, the Bronze Star Medal, the Combat Infantry Badge (with Star), and other awards. He was a qualified parachutist and completed the Army Command and Staff Officer course at Fort Leavenworth, KS.

Joe was proud that he was a West Point Graduate and a veteran of three wars, but will be most remembered for enjoying riding bicycles and inadvertently inspired a morning cycling group that called themselves “the Spokesmen”.  The morning rides ended with breakfast, newspapers and discussion of current events. His greatest passion, however, was international travel and he journeyed to upwards of 80 countries, sometimes going with his travel buddies, his children or his grandchildren. He leaves behind nearly 100 travel journals and thousands of photographs taken around the world.

His adventures extended beyond exotic travel. In 2016 as Hurricane Matthew approached Hilton Head islanders were ordered to evacuate. He intimated to friends and relatives that he too would leave the island, planning all along to “ride out the storm”. Matthew was a Category 5 hurricane; Joe was 91 years old at the time.

He lived to be 95 years old and was proud yet modest, sensitive but strong, frugal yet generous, a gregarious loner, a true dichotomy of a man. He will be deeply missed by all.

Burial will be in West Point, NY at a later date.

Contributions may be made in his memory to the West Point Association of Graduates, WestPointAOG.org

Share Your Memory of
Joseph
Upload Your Memory View All Memories
Be the first to upload a memory!
Share A Memory
Plant a Tree