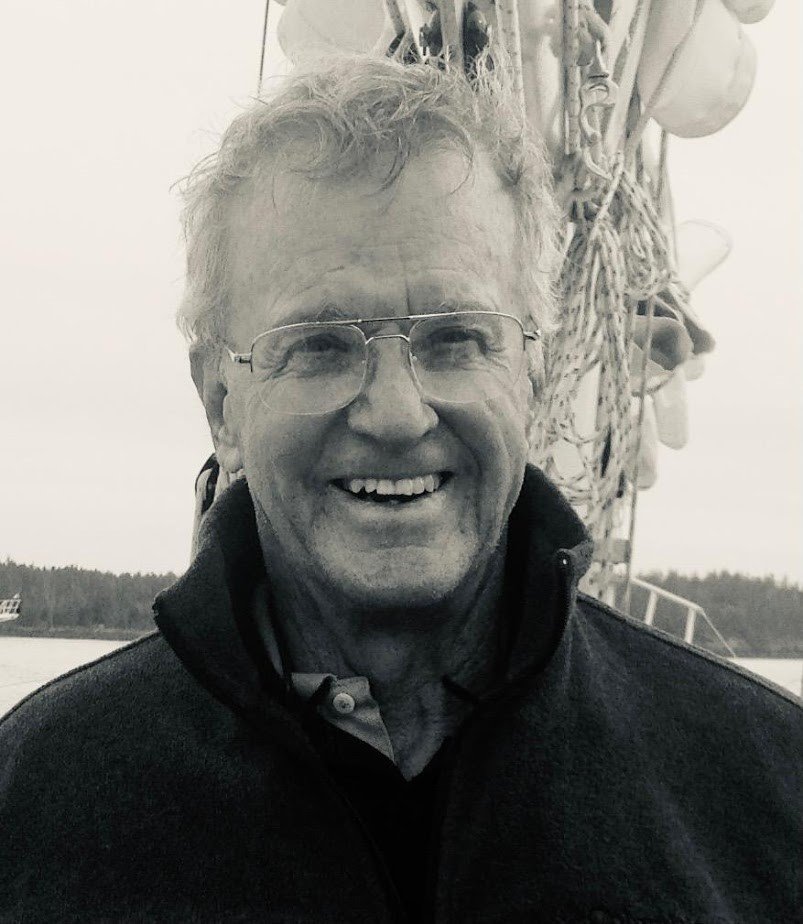 Burt Henry Keenan, a resident of Windmill Harbor, died peacefully in Hilton Head on April 22, 2021, at the age of 81.  He was the son of the late Mary Lee Baker Keenan and Walter Cook Keenan, Jr. of New Orleans.  He was preceded in death by his brother Walter Cook Keenan III.  He is survived by his wife, Carol Schwaner Keenan; his daughters Lucille Baker Keenan (Drew Bruch) and Kristen Cook Keenan; his son, Michael Crawford Keenan (Carmel); and his grandchildren Bennett Keenan, Abigail Keenan, David Keenan, Audrey Goldfield, Cora Lee Goldfield and Theo Bruch.

Born and raised in New Orleans, he received his BA and MBA from Tulane University.  Burt and his wife Carol first came to Hilton Head in 2005, following the destruction of their home in Pass Christian, Mississippi by Hurricane Katrina.  Originally residing in Sea Pines, Burt and Carol later moved to Windmill Harbor where Burt was an active member of the South Carolina Yacht Club and for many years raced a Harbor 20 that he co-owned with Ned Nielsen.

A lifelong entrepreneur and venture capital investor, Burt founded Offshore Logistics, which grew to become one of the leading service companies to the offshore oil exploration and production industry worldwide.  After Offshore Logistics, Burt was instrumental in the success of companies including Telescan, Independent Energy and Compressco.  In addition to his own ventures, Burt mentored numerous entrepreneurs and innovators in ventures ranging from documentary films to technology start-ups.

Burt was an accomplished sailor and campaigned a series of custom-built racing sailboats.  His first commission, Southerly, set a course record in the 1975 Isla Mujeres Race which stood for many years.  Later, with his three racing Acadias, Burt sailed to victory in the 1978 Newport-Bermuda Race and 1980 Southern Ocean Racing Circuit, and scored highly in the storm-wracked 1979 Fastnet Race.  These and other major event victories earned Burt and Acadia’s crew the coveted World Ocean Racing Championship title in 1980.  After taking a break from sailing in the early 1980s, Burt built a cruising-oriented Acadia, now berthed in Windmill Harbor, which he sailed throughout the North Atlantic basin.  Burt never stopped racing, however, and rounded out his trophy collection from important ocean races by winning the 2007 Marblehead to Halifax Race overall.

With a laugh, a smile, and a twinkle in his eye, Burt was beloved by multiple generations of family members, sailing friends and business associates.  Known for his genuine interest in people from all walks of life, Burt will be missed by everyone who was fortunate to have been touched by his sense of humor, generosity and commitment to lifelong friendships.

Memorial services for Burt will be private.  A celebration of Burt’s life will be held at the South Carolina Yacht Club at a later date.  In lieu of flowers, Burt’s family suggests making a charitable contribution to your local charter school or community sailing organization.