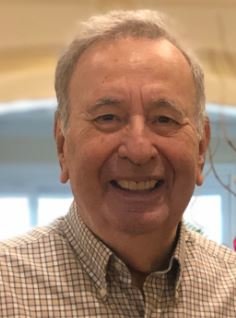 Harold M. Horowitz passed away peacefully at his home on Hilton Head Island, South Carolina on May 26, 2021.  He is survived by his beloved wife of 63 years, Charlotte.

Harold graduated in 1962 from the City College of New York with a B.S. in Electrical Engineering, received his MBA in 1978 from the University of Maryland and earned his Ph.D. in philosophy and education in 1985 from Walden University. He worked at IBM for 32 years, starting as a computer technician and completed his career in senior management at IBM headquarters in Armonk, New York. Among his achievements were the famous television program The $64,000 Question and the NASA space and air traffic control programs. After retiring from IBM in 1988, he founded a startup company, Socratec, pioneering the field of interactive education with software and keypad technology used by many schools, colleges and Fortune 500 companies.

During his retirement years, Harold was a very active member of SCORE business mentorship in the Bradenton, Florida chapter and helped many entrepreneurs realize their dreams of starting or growing their own businesses. He received the prestigious Mentor of the Year award in 2008.

Harold and Charlotte have resided on Hilton Head Island in the Cypress Retirement Community for more than a decade. He shared his love of technology and games with his fellow residents through his popular interactive trivia and automated bingo games. He served on numerous committees and served as Regime Board President.

In 2015, Harold decided to write his autobiography My Stairway to Success to allow his children, grandchildren and future generations to learn more about their heritage. He believed in Socrates quote, “The unexamined life is not worth living” and wanted to be remembered as creative, giving, hard-working, humorous and thoughtful. Those who knew him would agree that he was all these things and so much more. He was a wonderful husband, an exceptional father and a beloved Pop Pop to his grandchildren - always there to listen and share his wisdom. He is already missed dearly by his family and friends.

The family is planning a celebration of life to be held at the Cypress Hall in Hilton Head Plantation later in June.

Share Your Memory of
Harold
Upload Your Memory View All Memories
Be the first to upload a memory!
Share A Memory
Send Flowers