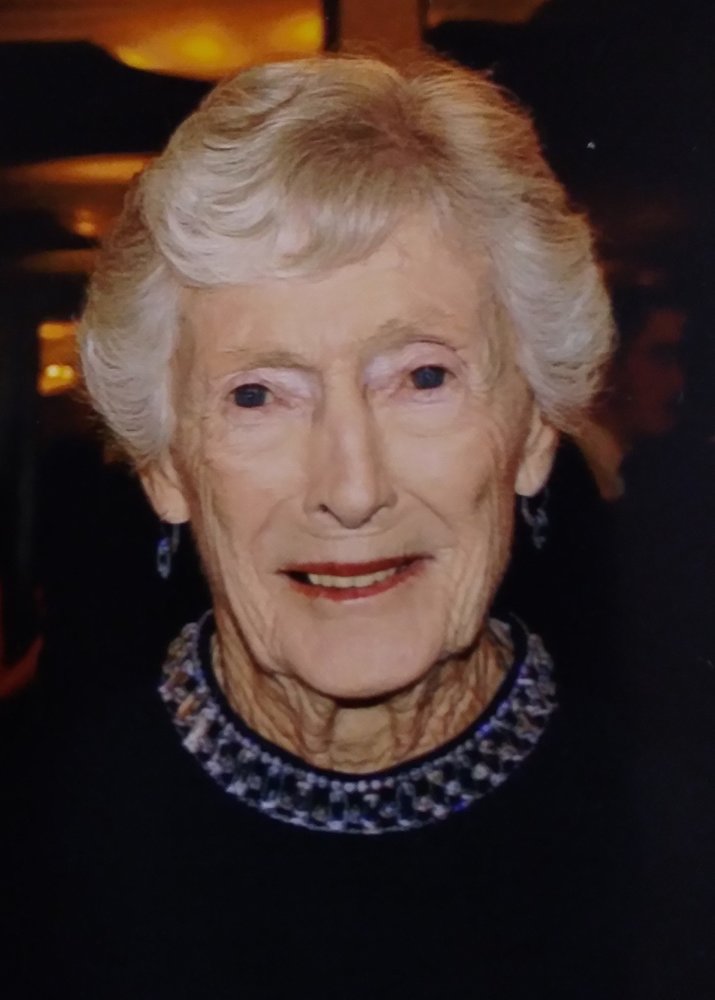 Rita Giorgio of Hilton Head Island, SC, formerly of Locust Valley, NY, and Dublin, Ireland, died peacefully on July 16, 2021, at the age of 95.  Rita was the beloved wife of the late Herbert and devoted mother of Melissa and Mary Grace.

A daughter of Ireland, Rita was born on June 9, 1926, in Castlerea, County Roscommon to Joseph and Frances Beirne. The middle child of five, Rita grew up in Frenchpark and attended convent school before she left for London at 18 to begin her nursing training at Guy’s Hospital. She was certified as a registered nurse by the General Nursing Council for England & Wales in 1948 and throughout her life, Rita exemplified the motto of Guy’s Hospital: “Dare quam accipere” – “To give rather than to receive”. Upon her return to Ireland, Rita received her certification as a registered nurse there in 1950, then as a tuberculosis nurse in 1952.

Rita bid farewell to Ireland the following year, traveled to New York and became a proud naturalized citizen of the United States in January 1959. She received her license to practice as a professional registered nurse from the State of New York in August 1959 and practiced for a time at the U.S. Merchant Marine Academy at King’s Point and at the former Manhasset Medical Center.

Rita married Herbert P. Giorgio in January 1964.  They lived in Locust Valley where Herb practiced law and Rita worked as a private duty nurse, while raising their two daughters. In the early 1970s, Rita began substituting as a nurse in the Locust Valley Central School District, then became a full-time nurse and spent many years caring for the students at Locust Valley Elementary School and Junior/Senior High School.

In 1987 Rita and Herb retired to Hilton Head Island where Rita continued her commitment to service as a volunteer at Hilton Head Hospital and at the Hilton Head Branch of the Beaufort County Library.  Since 1987, Rita was an active member of St. Francis by the Sea Catholic Church, serving as Eucharistic Minister.  After moving to the Cypress of Hilton Head in 1993, Rita extended that service to the residents of the Preston Health Center.

Rita also enjoyed golf, a sport she took up later in life, and achieved the elusive hole-in-one, not just once but twice. She was also an avid reader and traveled extensively, including visits to family, exploring both U.S. and Canadian National Parks, and many return trips to her beloved Ireland.

Rita is survived by her daughter and son-in-law, Melissa and George Hough of Mt. Kisco, NY and her daughter and son-in-law, Mary Grace and Donald Dyleski of Bozeman, MT; her sister Mary Boyajian of Brighton, MI, her sister, Frances Geoghegan of Dublin, Ireland, numerous nieces and nephews, and many loving relatives and friends. Rita is preceded in death by her parents, her husband, Herbert P. Giorgio, her brother, Vincent Beirne, and her sister, Patricia Evans.

A Mass of the Resurrection will be held on July 27th at 10:00 a.m. at St. Francis by the Sea Catholic Church, Hilton Head Island, SC; interment will take place at Beaufort National Cemetery on July 28th at 11:00 a.m. All are welcome. In lieu of flowers, donations in Rita’s name can be made to Community Hospices of America Foundation, and mailed to Crescent Hospice, 10 Buckingham Plantation Drive, Suite A, Bluffton, SC 29910 or online to St. Jude Children’s Research Hospital at www.stjude.org/donate.

Mass of The Resurrection

Share Your Memory of
Rita
Upload Your Memory View All Memories
Be the first to upload a memory!
Share A Memory
Send Flowers
Plant a Tree