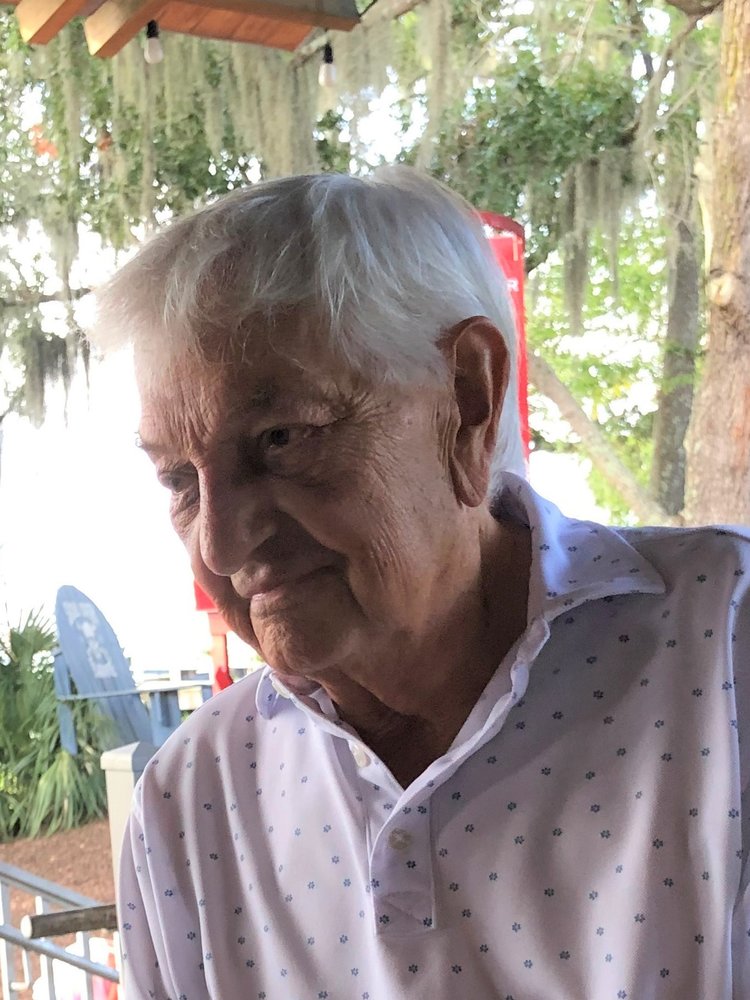 Charles “Chuck” Machata died peacefully on July 24, 2021 on Hilton Head Island. Mr. Machata was born on October 13, 1928 in Bronx, NY to his parents, Steve and Rose Machata. He married the love of his life, Catherine Serra in 1962.  The Machata’s moved to Rye, NY before retiring on Hilton Head Island in 1993.

Mr. Machata was a veteran of The Korean War.

Despite not attending college, Chuck went on to own three successful hair salons in Armonk, NY, Chappaqua, NY and Bedford, NY. Mr. Machata specialized in frosting hair or sometimes what was called “streaking”. He was affectionately called “The Bedford Streaker” by those who valued his talent.

During retirement, Chuck always stayed busy volunteering his time for many years in the Hilton Head Island schools literacy program. He felt honored that he could help kids and loved watching them learn and grow. Mr. Machata loved cooking and wanted to share that love with others. He started two cooking clubs on Hilton Head Plantation.

Chuck had a zest for living. Anyone who knew him would say he was always the life of the party. He maintained a positive attitude towards life until the day he passed.

Mr. Machata is survived by his son and daughter-in-law, Christopher and Nora of Berlin, CT; his sister, Margaret Orofino of Saratoga Springs, NY and two grandchildren, Grace and Alex. He is preceded in death by his wife, Catherine and his brother Joseph.

Share Your Memory of
Charles
Upload Your Memory View All Memories
Be the first to upload a memory!
Share A Memory
Plant a Tree