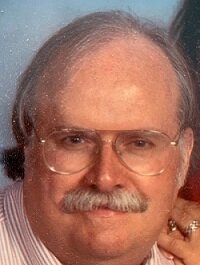 Robert "Bob" Gaddis, 70, died August 17, 2021 of Covid complications. A Mass of Christian Burial will be held at St Francis by the Sea Catholic Church on Friday, August 27 at 10:00 AM. All are welcome.

Bob was born May 24, 1951 on Long Island, New York to Frank and Marie Gaddis.  Bob and his wife Linda moved to Hilton Head permanently in 1993 after vacationing here many times.

He and his father loved railroads.  While living in New York he spent every week-end at the Black River & Western Railroad in Flemington, New Jersey.  Linda had to compete with Black River constantly when they were dating then later when they were married.  After moving to Hilton Head, Bob and his father traveled all over the United States on steam locomotive excursions.

Bob quickly became known by many on the Island for having a big heart.  He was active at Saint Francis by the Sea Catholic Church.  He supported and sponsored productions given by the Hilton Head Choral Society. He was never asked to sing.   He cared for the elderly. He was well known by many of the residents at The Hawthorne Inn assisted living stopping there often for an hour or two after work to visit.  He has always gone above and beyond when his employee's needed help.  He was the kind of person anyone would immediately want to call their friend.

He is the founder of Gaddis Incorporated a manufacturer and distributor of seals used in pumps.  His company grew to employ 20 people and sells all over the world.  The company is known for problem solving and technical capability.  He was a lifelong member of The American Society of Lubrication Engineers.  He twice served on the ASLE Technical Committee.  He has been published twice in the ASLE Journal.  There are no words to describe the passion he had for his company, his employees and his customers.  He would instantly make anyone feel like he was the brother, uncle, father or grandfather that some may not have had.