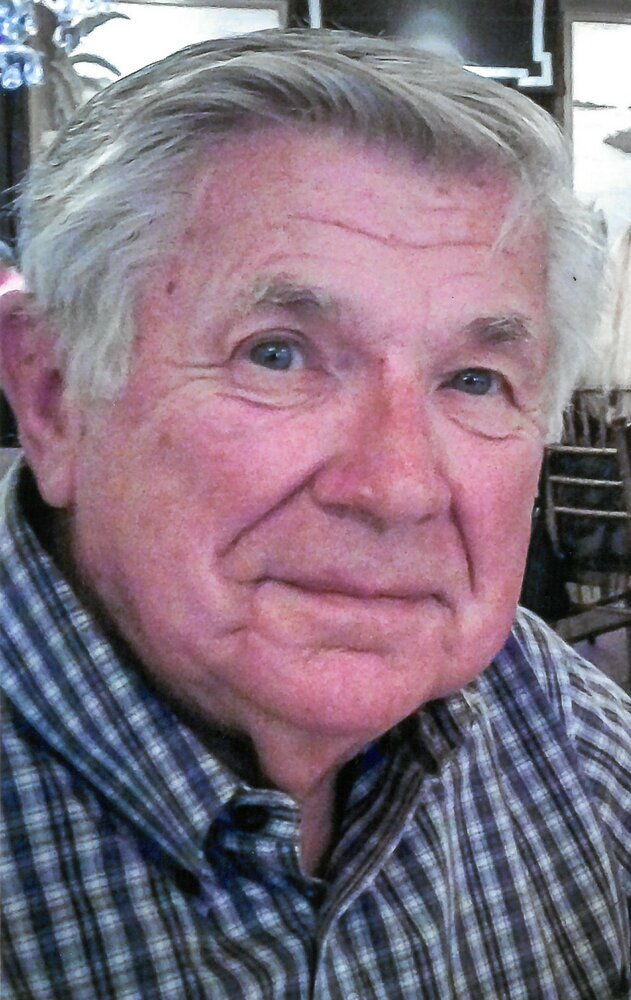 With heavy hearts, the family of Eugene V. Waterfall (Gene) share that he passed away on October 5, 2021, on Hilton Head Island, South Carolina. Gene was 87. Gene will always be remembered for being compassionate and loyal to family, friends, and those in need.

Gene began life in Kirkland, Illinois. Orphaned at an early age, he was fortunate enough to have people that took him into their lives and homes. He fended for himself selling newspapers on the street corner at age 8. He was eternally grateful for The Boys and Girls Club of Rockford, Illinois becoming his home and giving him direction.  In his teenage years, his life took a good turn when he met Mrs. Eileen Thoren who saw him playing basketball in high school. She wished to adopt him, and he always called her mom. After high school it was Mrs. Thoren who took him to Lake Forest College and helped him secure a basketball scholarship. In 1981, he was inducted into the Lake Forest basketball hall of fame.  The Boys and Girls Club and Mrs. Thoren set him on a path for success in future endeavors.

Gene enjoyed an extensive career in the packaging machinery industry which took him to Illinois, New Jersey, Wisconsin, and Georgia. As president of several companies and most recent Bemis Machinery and Rovema USA, he and Mary were fortunate to enjoy travel to many international cities. Gene served on the Board of Directors of the Packaging Machinery Manufacturers Institute.  Later in life Gene and Mary took on a new challenge when they purchased a Batteries Plus franchise which grew to be 4 stores in Atlanta and Macon.

Giving back to the community was important to Gene. His volunteer activities included being an active member of the Rotary Club in Lawrenceville, Georgia and President of the Boy’s and Girl’s Club Gwinnett, Georgia.

In retirement Gene enjoyed being able to live on Hilton Head Island, playing golf, particularly with his regular golfing companions (The Dogs), cheering on the Green Bay Packers and spending time with his children, grandchildren, and great-grandchildren.

A Mass of Christian Burial will be held on Monday, December 6, 2021, at 10:00 AM, St. Francis by the Sea Catholic Church, 45 Beach City Road, Hilton Head Island, SC. In lieu of flowers, the family would appreciate donations to the Boys and Girls Club of Rockford, Illinois located at 1040 North 2nd St #1, Rockford, Illinois, 61107.

Share Your Memory of
Eugene V.
Upload Your Memory View All Memories
Be the first to upload a memory!
Share A Memory
Send Flowers
Plant a Tree