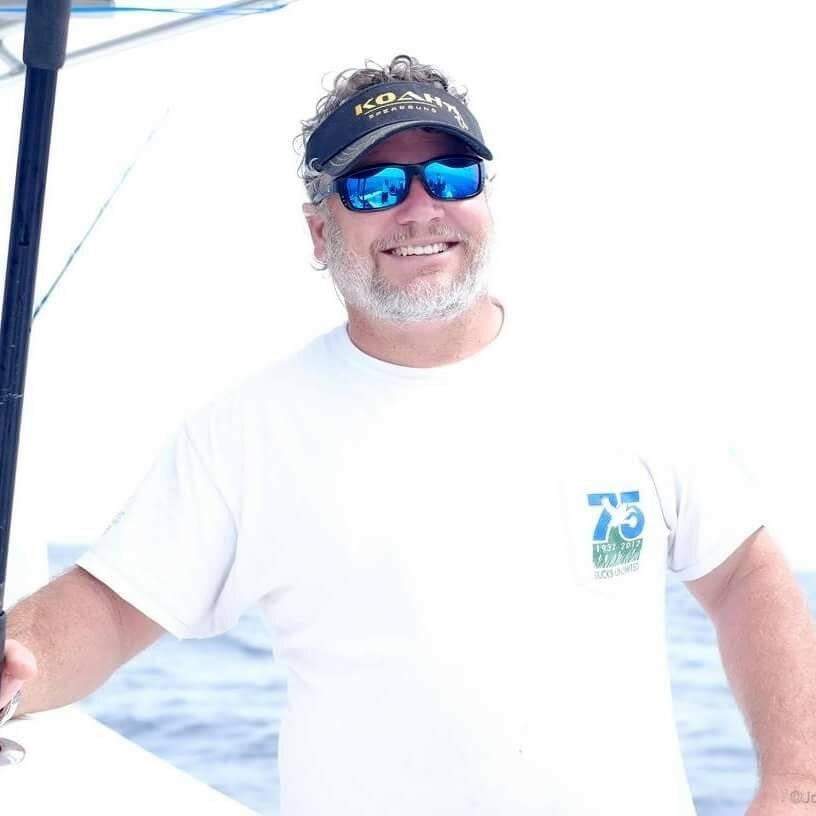 Robert Paul Hughes , widely known across the community as Bob-O  passed away on Sunday October 17th, 2021.
Bob-O was a plumber by trade and owner of Hughes Group Plumbing , which was founded by his Father Dave Hughes in the mid 1980's.
Despite his success as a plumber Bob -O was recognized as a skilled  angler. His passion for the water and marine life was well known  with local boaters. He was a  competitor in local and regional fishing tournaments off coastal waters. His boat carries his namesake Bob-O and could be seen on the waters near and far nearly every weekend. He shared his fresh catches and time on the water with many dear friends and was always willing to include people he barely  knew. Few people were a stranger to Bob-O . His friends were his chosen family. He leaves a legacy of love and good will reaching across Hilton Head, Bluffton and Florida, stretching down to they Keys. They loved him and will be greatly impacted by this loss.
He is survived by his fiance Laurie Parsons, Father Dave Hughes and Mother Virginia  C. Greif, his  siblings, Bill & Tommy Hughes along with Mike & Michelle Casey. He is also survived by his nephews Will , Ryan, MJ, Conor, Kian, Gardner, Chris and his niece Laura.
His sister Sandra Lynn Arnott and mom in heaven Paula Casey Hughes precede him death. He also leaves behind his cherished boys TJ and Riley Bishop who adored him and recognized him as a Grandfather figure and mentor.

A gathering to celebrate the life of Bob-O will be held at Spanish Wells Club House on Monday, November 1st between 2 p.m. and 5 p.m.