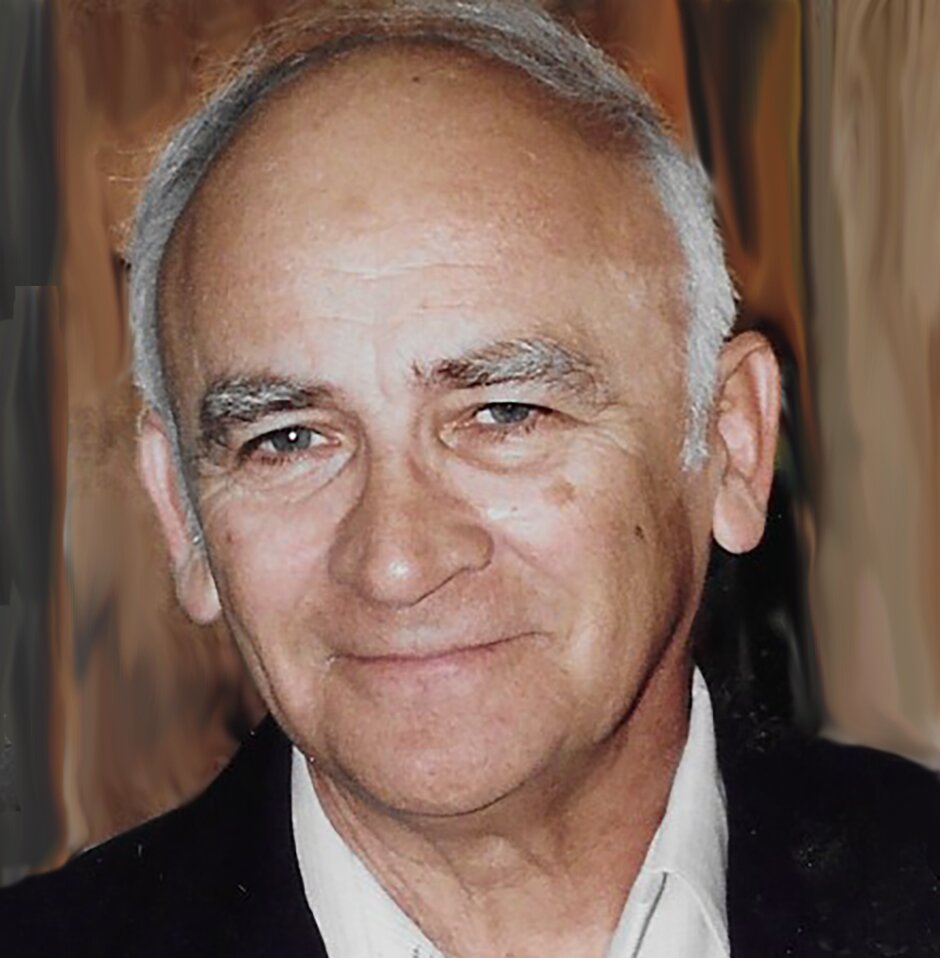 Ted, son of Anne Rose (Hess) and James Clark, was born on June 7, 1929 in Philadelphia, PA. Ted left home at 16 and, a year later, enlisted in the U.S. Army. He was sent to Occupied Germany, serving as a military guard at the Nuremberg Trials and participating in the Berlin Airlift. Rising to the rank of Sergeant First Class, Ted saw action in the Korean and Vietnam Wars. His caring attitude towards his troops earned him the fond nickname of “Mother”.

Retiring from the Army after 22 years, Ted married Mildred Infantino. They later relocated to the robust, artistic expat community of Ajijic on Lake Chapala in Mexico. Ted participated in community theater productions as well as organizing fund-raising for the local orphanage. In the 1980’s, Ted and expat friend Barbara Uttal Weston opened a consignment shop, Barbara’s Bazaar, in Ajijic. With Barbara’s expertise in retail and interior design, and Ted’s interest in art and antiques, the shop thrived. The store came under new ownership in 1993, and today is still an important landmark in Ajijic.

Ted returned to the US, with Mildred, settling in Arizona. In 1994, Ted and his former business partner, Barbara, now both widowed, married and set up home in Palm Beach County, FL. In 2018, Ted and Barbara moved to HIlton Head, SC, to be closer to Barbara’s sister, Maxine Uttal.

A scholar and a gentleman, Ted was a lifelong learner, an avid reader until his vision failed, a poet, and an ace at trivia. He watched Jeopardy daily, often answering before the contestants. His friends and family will miss his sharp mind, his sense of humor, and his wonderful stories.
Ted is survived by his stepchildren: Steven Weston (Cherie), Marian Weston (Bill Aghassi), and Amy Gamon; grandchildren: Alec Weston (Samantha), Rachel Aghassi, Eli Aghassi  (Hannah), Jeff Gamon (Kelley); five great-grandchildren; sister, Judy Pirkey; sisters-in-law, Maxine Uttal and Angie Infantino; cousins Richard Oscar (Ruth) and Muriel Hess, nieces, nephews, family, and friends. Predeceased by his parents, wives, and brothers, Ron and Fred Grade.

The funeral & burial with military honors will be held at the Beaufort National Cemetery, Beaufort, SC, on Wednesday, November 17, 2021. Memorial donations are preferred to Jewish War Veterans of the USA or the education charity NCA, Los Niños de Chapala y Ajijic, Mexico.

Share Your Memory of
Theodore
Upload Your Memory View All Memories
Be the first to upload a memory!
Share A Memory
Plant a Tree