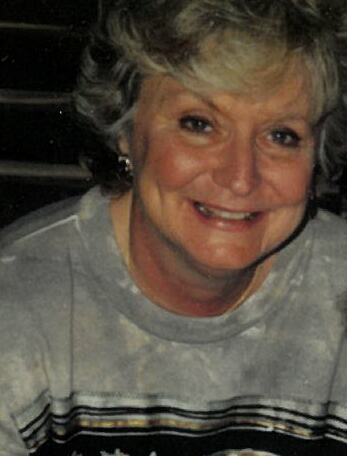 Judy graduated from Purdue University, where she was a member of the Chi Omega Sorority, earning a teaching degree in Speech Therapy. She lived in several places including Dayton and Toledo, Ohio, Pittsburg, Pennsylvania, and England before settling in Hilton Head Island, South Carolina for over 20 years.

Judy enjoyed traveling and traveled most of the world and most recently enjoyed cruise ship travel with her husband, John. Most of all she enjoyed spending time with her children, grandchildren, and best friend Judy Berg. She was an enthusiastic shopper and could always find a great bargain.

The family will have a Celebration of Life at a later date. In lieu of flowers, the family requests donations be made to St, Jude Children’s Hospital by visiting https://www.stjude.org/donate.

Share Your Memory of
Judy
Upload Your Memory View All Memories
Be the first to upload a memory!
Share A Memory
Send Flowers
Plant a Tree