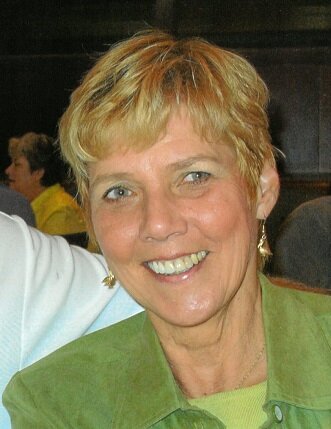 Carol was born on March 21, 1944, in Erie, Pennsylvania to her parents, Helen and Paul Komisar.  She graduated from Mc Dowell High School (1961) and Hamot School of Nursing (1964) in Erie, Pennsylvania. She worked as a nurse for 20 years in various specialties until her battle with multiple sclerosis forced her to retire.  She then pursued and obtained an associate's and bachelor’s degree in computer science from Elmira College, graduating in 1992.  She was always a nurse at heart and often served others through volunteering, most recently at the St. Francis Thrift Store on Hilton Head Island.

In 1966, she married the man of her dreams, Gerald Thomas Dees, and started a 55-year journey dedicated to her family.  During Jerry’s career in higher education, the couple lived in Pennsylvania (Philadelphia area, Duncansville), New York (Elmira), and her last 20 years on Hilton Head Island. She was passionate about her family, and they always found time to do things together, including learning to ski in their mid-30’s with their children during time spent in central Pennsylvania.  As an avid lover of dogs, especially Shih Tzus it would offend her not to mention: Peppi, Barney, Tippy, Scottie, Jacob, Hannah, George, and Gracie – all deceased and Champ who they recently rescued.

Carol loved life and never let her MS or other physical issues get the best of her.  She made many life-long friends in all the places she lived and kept in touch through letters over the years.  Her nickname “Cooie” came from one of her longest and best friendships with Julie Helm and Maureen Quinn. She had many hobbies and passions including a variety of crafts, bird watching, gardening, miniature dollhouses, and other collections.  She was an active bridge player right up until her passing, playing 2 and 3 times a week with her local bridge friends.

Carol is survived by her Husband Jerry; son Eric Dees and daughter-in-law Kelly of Troutman; NC, daughter Rebecca McGowen of Asheville, NC, sister Paulette Keegan, and 4 grandchildren: Bailey, Tara, Mereck, and Suli.  She is preceded in death by her sister Lorraine and brother-in-law Russell.

A small private service will be held for immediate family at the Island Funeral Home.  A Facebook link will be available after the service for viewing and comments. In lieu of flowers, Carol requested that donations be made to: Hilton Head Humane Association PO Box 21790 Hilton Head, SC 29925 PH # 843 681-8686.

Share Your Memory of
Carol
Upload Your Memory View All Memories
Be the first to upload a memory!
Share A Memory
Send Flowers
Plant a Tree