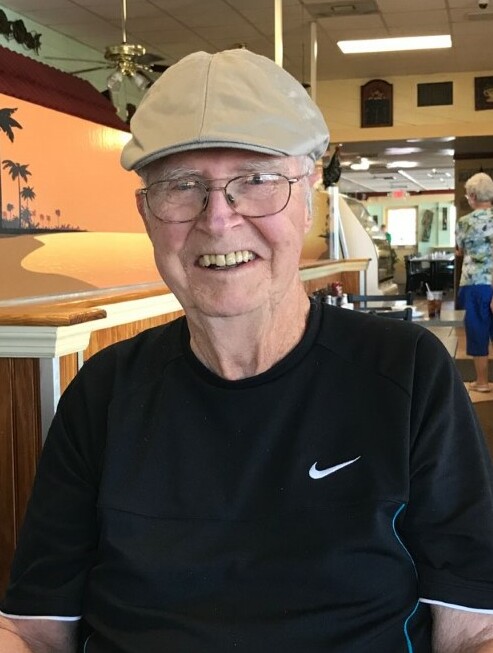 John Coughlin of Hilton Head Island, after showing great improvement from long-term illness, in a final act of contrariness, passed suddenly on December 24, 2021. John was long known for his somewhat edgy humor and quick wit, having little sufferance for fools, even if the fool were he. John was born in Glenridge, New Jersey to the late Edgar Coughlin and Marion McKone Coughlin in 1932, ostentatiously early in the manner of the times. He and his younger sister April (Coughlin) Basura were raised in Manchester, Connecticut where he began his eclectic series of careers and advocations. He is survived by his sister April and Brother-in-Law Bob.

Indoctrinated early in the value of hard work and hard play, John began an intermittent but notable career in construction, first for his father’s company than as an independent licensed contractor, with the niche of correcting other contractor’s shabby execution and with a reputation for challenging lost arts like copper and slate work. His contrariness began early but most notably displayed when he eschewed pursuit of an engineering degree to put his perfect pitch to work, take up the classical bass and attain his Bachelor of Arts degree in Music from Boston University. During his college days, he funded his parking tickets and other vices by playing in Jazz and Big Band type groups.

While a fine driver, John eschewed traffic laws in the road of life. Upon graduation from college, he conducted a U-Turn in career away from offers of orchestral positions to become an independent insurance broker and marry “She who shall remain nameless”. Their marriage brought forth his first three children, Jane (Coughlin) Cudworth, Eric Coughlin, and Barbara “Boo” (Coughlin) Arroyo, all of whom he is survived by, along with 5 grandchildren and a great-grandchild whose birth he found a source of great wonder and joy. During that stage in his life, he frequently dabbled back in the space that was the arts, directing local choirs and occasional stage productions.

He remarried following an acrimonious divorce. His new bride Carol Webber (Coughlin), a woman raised in a professional mechanic’s homemaking her tolerant of his tendency to have some motor vehicle or other disassembled at any given time in their long-time home in Glastonbury, Connecticut. Learning from his first exploration into wedlock dissolution, John remained by her side for 50 years, their marriage yielding Beth Coughlin and contributing to the upbringing of his stepson Craig. He is survived by all three, as well as his own two half-siblings, Daniel Coughlin and Christine (Coughlin) Montesanti.

With his new family, John embarked on a new career. Finally relenting to his father’s wishes in the matter (posthumously of course) John became an Aerospace engineer. As he so gracefully put it – “I couldn’t spell engineer and now I ‘R’ one”. He was highly successful in his career goal of being the burr under the saddle of corporate America, never quite managing to abide by his own mantra of being right having zero correlation to staying married or employed. He would officially retire early, only to engage in such varied pursuits as a commercial bus driver and licensed commercial boat captain. He never quite attained his life-long goal of becoming a pirate.

John loved many things: music, travel, cats, dogs but most especially the sea. She was his perpetual mistress, though he shared her gladly with those that would follow him into her arms. When he could not be with her, he settled for traversing the US and Canada with various sized motorcoaches, from land dingy to the land yacht, including a notable effort where he literally drove his family at the time to Halifax and back. He made a small foray into combining his love of motor homing and cats by taking on leadership roles in Bussing Buddies of the Family Motor Coach Association, functionally “herding cats” to ensure the proper execution of weekend meets and other events. He was pre-deceased by his cocker spaniel Good Dog Duffy (well-known and loved by the motor homing community) and is survived by his beloved notorious Bengal cat Fievel.

He spent the last decade of his life on Hilton Head Island, surrounded by friends, active until recently with endeavors ranging from auction attendance to Tai Chi, with occasional forays into taunting family members in less mild climes with Hilton Head weather reports in February.

A Celebration of his Life will be hosted on January 11th at 10:30 a.m. at the Indigo Pines Community where he and Carol resided for the last 3 years, to be followed by a private scattering of his ashes in the arms of his true love the sea. A Zoom option for those unable to travel or attend in person will be provided upon request to the family. In lieu of flowers, the family asks that donations be made in his name to the American Heart Association, the American Cancer Society, or the Unity Church of Hilton Head, as dictated by the giver’s preference.