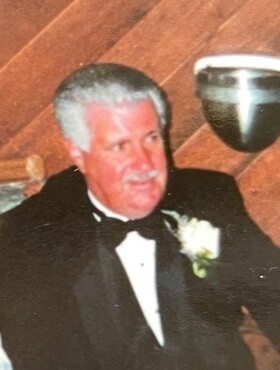 Jim was born to James and Maneita Neill on April 5, 1939, in Pittsburgh, PA. He has been married to Debbie Neill for 50 years and they have two sons, Mark D. Neill of Pawleys Island, SC, and Kevin M. Neill of Atlanta, GA. Jim also has a son from a previous marriage, James A. Neill of Jacksonville, FL. Jim is also survived by three grandchildren, Rachael Neill, Julia Neill, and Michael Neill. Jim was preceded in death by his brother, Robert Neill of Finleyville, PA.

Jim graduated high school from Mt. Lebanon High School in Pittsburgh, PA. He later had a long and distinguished career as a civil engineer, supervising many road and bridge projects. Jim and Debbie, along with their two sons moved from Bethel Park, PA to Hilton Head Island in December of 1988, where Jim was responsible for supervising the construction of the Talmadge Bridge in Savanna, GA. He retired in 2005.

The family will be holding a private ceremony to celebrate Jim’s life.

Share Your Memory of
Jim
Upload Your Memory View All Memories
Be the first to upload a memory!
Share A Memory
Send Flowers
Plant a Tree