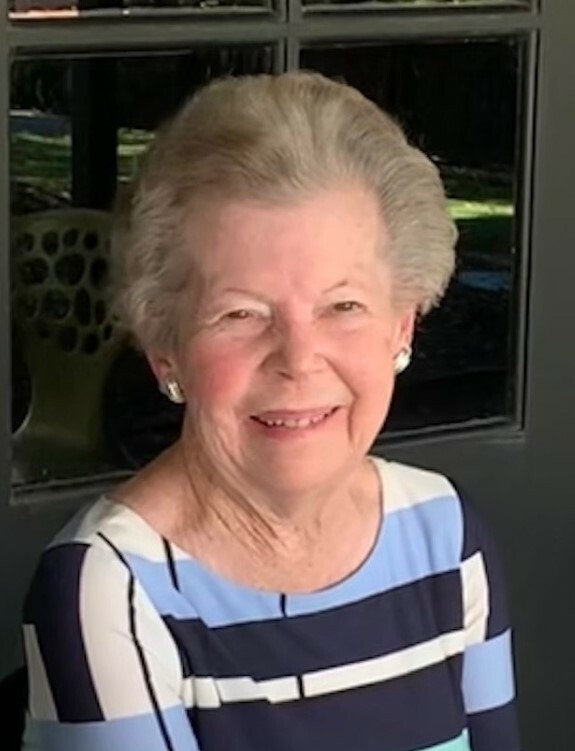 Carolyn Buck Moore, 89, was carried home to our Lord on January 16, 2022, from the Preston Health Center at The Cypress in Hilton Head. She was born in Ft. Bragg, NC to Col. Champlin F. Buck and Helen C. Buck. Carolyn was married to the love of her life, Robert W. Moore for 64 years, who preceded her in death on January 30, 2019. She was also preceded in death by her daughter, Helen Louise, in 1978.

A self-proclaimed “army brat”, Carolyn lived in many places throughout the US and abroad while growing up, including Japan, where her parents were stationed following WWII. She graduated from The National Cathedral School in Washington, DC and Wilson College in Chambersburg, PA. Carolyn and Bob married in 1954 and began their married adventure in Orange, TX. Eventually, the family grew to include four daughters, seven grandchildren and six great grandchildren. They moved several times during Bob’s career with the DuPont Company including to Wilmington, DE. In 1987, as official empty nesters, Carolyn and Bob retired to Hilton Head while spending summers at their cottage on the Chesapeake Bay. Wherever they lived, but especially during their retirement, Carolyn and Bob immensely enjoyed entertaining, traveling, golfing, boating, and hosting family and friends. Of course, many knew of Carolyn’s love for shopping, a trait she passed onto her daughters! In addition to raising four children, Carolyn was a dedicated community volunteer, and active in the Episcopal Church. Carolyn had a love for floral arranging, expressed through being a longtime member of the Flower Guild at All Saints Episcopal Church in Hilton Head. She was also a member of the Junior League and the Junior Board of Christiana Hospital (in Wilmington, DE). Carolyn loved and lived her faith, which provided a continual source of strength and encouragement throughout life.

A Memorial Service will be held on Saturday, March 12, 2022, at 12:30pm at All Saints Episcopal Church, 3001 Meeting Street, Hilton Head Island, SC. Livestreaming will be available.

In lieu of flowers, Carolyn would be honored if donations were made to: