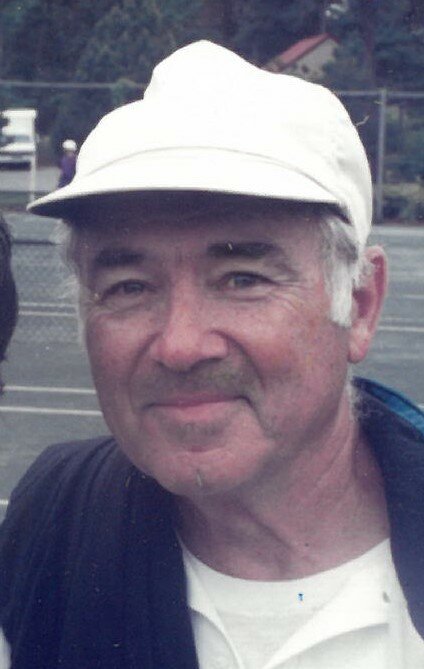 Born October 17, 1928, the son of Vincent and Mildred Smith of Buffalo, NY. He showed mathematical talent from his earliest days. As an example, while in grade 2 he was sent to the 6th grade classroom to perform for students there.

Jerry graduated from St. Joseph's Collegiate Institute in 1946 and the University of Buffalo in 1952 after serving his country in Japan as a wire chief in the U.S. Army of Occupation.  He entered Brown University in September 1952 and worked in applied mathematics under Professor Ronald Rivlin from 1983 until receiving his Ph.D. in June 1956.  One week after receiving his Ph.D., he married a fellow graduate student, Marie Madden, the beginning of 65 years of a loving and happy marriage, living, working and playing tennis together.

He served as Assistant Professor at Lehigh and Yale Universities, Assoc. Prof. at the University of Wisconsin (Milwaukee), and Full Prof. and head of the Center for the Application of Mathematics at Lehigh Univ. from 1965 until retirement in 1995.

His work, particularly in Invariant Theory, won international acclaim and he published over 50 papers in prestigious journals such as the British Royal Society and the Italian Academia Nazionale Dei Lincei.  He served on the editorial board of “Journal of Rational Mechanics and Analysis” and published one book in 1994, “Constitutive Equations for Anisotropic and Isotropic Materials”.

Off duty, he enjoyed listening to classical music, reading, playing golf, traveling and, most especially, playing tennis, winning many tournaments in singles and doubles in Bethlehem, PA and at Hilton Head, SC.

His spiritual life was very important to him and he served for 40 years as a Eucharistic Minister at St. Anne's Catholic Church in Bethlehem before moving to Hilton Head where it was only a short walk across the parking lot from home at The Seabrook to Holy Family Catholic Church where he and Marie were daily communicants.

Jerry is survived by his wife, Marie, his sister Barbara (Bonny) Lawrence of Hummelstown, PA and many nieces and nephews.  He was preceded in death by his parents and his brother, Donald V. Smith.

Jerry's Mass of Christian Burial will be at Holy Family Catholic Church at 10:00 AM on Wednesday, February 2, 2022.

In lieu of flowers, donations may be made to the Seabrook Foundation Fund or to a charity of your choice.