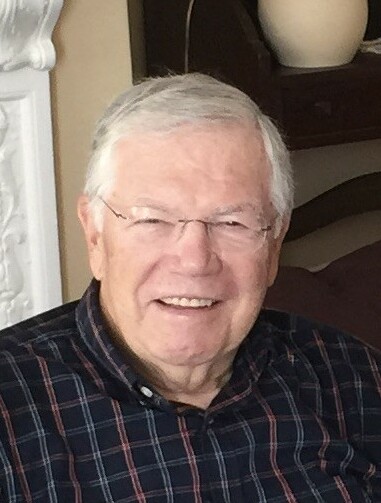 John was born in Wallington, NJ, the son of John Pollak and Catherine (Sondey) Pollak and attended high school at East Rutherford High School where he met his wife. He went on to be a student-athlete and graduated from Rutgers University in 1958. He was also a member and President of the DU house at Rutgers.

John spent his career in the pharmaceutical industry. He excelled as a salesman and was the Head of Sales and Marketing at several large pharmaceutical companies, including Pfizer, Beecham Massengill, and Boehringer Ingelheim. His career led him from NJ to Chicago, IL, Seattle, WA, Upper Saddle River, NJ, Wilton, CT, and Madison, WI.

John loved sports, he was an accomplished baseball and football player early in his life and an exceptional baseball and football coach. He was a lifelong skier, golfer, and biker. He contributed his time working with local high school mentorship programs and with Habitat for Humanity and enjoyed attending the World Affairs lectures.

John was a devoted husband, father, grandfather, coach, and friend. He was proud of his four children and 12 grandchildren and was an avid NY Yankees and Giants fan.

A Mass of Christian Burial will be held at Saint Francis by the Sea Catholic Church in Hilton Head on February 4, 2022, at 10 am and in lieu of flowers please consider a donation to the Port Royal Community Charitable Fund (a 501(c)(3)).