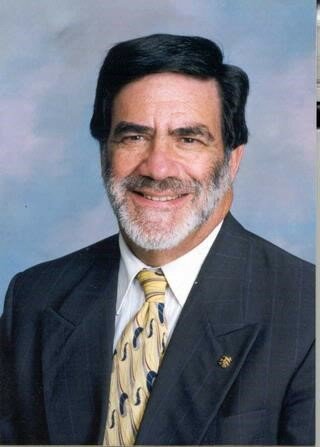 Phil was born in 1941, to Dorothy and Ezra Davidson in Red Bank, NJ. He lost his dad at Age 10 and was primarily raised by his mother and extended family.

Phil graduated from Bucknell University in 1963 with a BA in psychology, then joined the US Army after having participated in Army ROTC at Bucknell. While in the Army, stationed in France, Phil met Margaret while on leave in London and they were married in 1966. Phil then returned to US, and to academics, and earned an MS in Psychology at Villanova in 1968, a PhD in Psychology at George Washington University in 1970, and completed post-doctoral training at UNC Chapel Hill in 1974.

Phil joined the faculty at the University of Rochester School of Medicine and Dentistry in 1974 and worked there until his retirement. He held appointments in the Departments of Pediatrics and Environmental Medicine. He was the founding Director of the Strong Center for Developmental Disabilities (SCDD); a federally-funded center for interdisciplinary training, research and technical assistance in intellectual and developmental disabilities (IDD). He was also Chief of the Division of Developmental and Behavioral Pediatrics. Dr. Davidson served as the supervisor for over 50 postdoctoral fellows in pediatric psychology and predoctoral fellows in clinical psychology. Phil's clinical work involved serving people with IDD who also had behavioral and psychiatric challenges. His major research interests include Aging and Developmental Disabilities; Behavior Disorders; and Neurotoxicants and Development. Phil was a principal member of the Seychelles Child Development Study team to examine associations between prenatal exposure to methylmercury and child development. Phil is a past president of International Association for the Scientific Study of Intellectual and Developmental Disabilities. His first research articles were published in 1968, and, across his career, included 177 journal articles, and 46 books/chapters, a substantial body of work.

Phil was an avid runner, golfer, and family man.  Phil is survived by his wife of 55 years, Margaret B. Davidson of Hilton Head Island, SC, his sons Andrew Davidson of West Chester, PA, and Alec Davidson of Marietta, GA, their wives, Carolyn and Laura, and 4 grandchildren: Jack 18, Emma 14, Luca, 17, and Nico, 13.

The family wishes for contributions to be made to either The Leukemia & Lymphoma Society or to Congregation Beth Yam.

Share Your Memory of
Philip
Upload Your Memory View All Memories
Be the first to upload a memory!
Share A Memory
Send Flowers
Plant a Tree