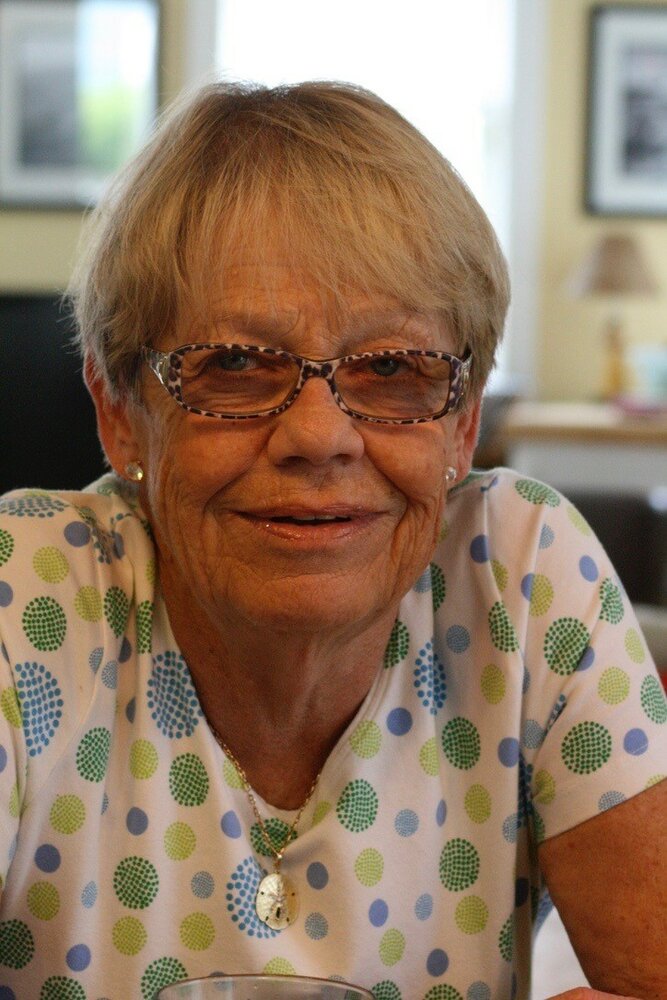 It is with great sadness that we announce the passing of Kathryn Mauna Doig (nee Kennedy) in Hilton Head, South Carolina.
Born January 3, 1941, to Hugh and Mauna Kennedy in the Town of Mont Royal, Quebec, Kathryn grew up with sister Ann and brother Frank. As a teen the family moved into the Lawrence Park neighbourhood in Toronto. Kathy and Ann shared a cozy space in the bedroom above the garage — one side neat (Kathy’s side) and one side a mess (Ann’s side). Kathy studied nursing at Women’s College Hospital in Toronto and became a registered nurse in Ontario. She followed that up with a bachelor’s degree in hospital administration at the University of Toronto.
She met her future husband, George, at a fraternity party in Toronto and they were soon married in August of 1963. With a stint living in London, England in 1967, they returned to Toronto and settled into the then newly developed suburb of Bridlewood in Scarborough in 1968 and raised two boys, Scott and Paul, in a fun and active family community. Nephew, Stuart Kedwell, was like a third son — Stu and his mom, Ann, loved visiting Kathy’s home. The door was always open at 54 Allangrove as Kathy served plenty of food and popsicles and BBQ hot dogs as the neighbourhood kids were in and out of the yard, the house, and the pool. Kathy was a mainstay on the street keeping tabs on all the kids. Driving her boys to and from hockey and baseball and skiing was a full-time gig in the 1970s and 1980s.
Once the boys graduated high school, Kathy and George were transferred south to Atlanta, Georgia, moving into the neighbourhood of Peachtree City. The warmth of Georgia appealed to them, and they made it their home from 1991 to 1996. Another transfer had them move to Brussels, Belgium and they lived overseas for 7 years, enjoying the European culture, food, and the friends they made along the way. But the south had its hold on Kathy and George, and they retired to Hilton Head, South Carolina. Kathy had over 20 lovely years on this beautiful coast. She made many lifelong friends as she walked the neighbourhood of Windmill Harbour, strolled on the endless beaches, cruised the inter-coastal waterway, and hosted many a great Canadian Thanksgiving party for her southern friends.
Kathy passed away in the early hours of Saturday February 12, 2022. She will be missed by her loving husband of 59 years, George, her sister, Ann (son Stuart), and her brother Frank (wife Edie, son Ryan). Her boys Scott (wife Kathy, children Sofie and Gavin — California) and Paul (wife Jessica, children Emma and Paige — British Columbia), and nephew Stuart (wife Candice, children Lucy and Ava — Toronto) will dearly miss their strong, practical, and loving nurse-of-a-mom, grandma, and aunt. A private family gathering will take place this summer in California.

Share Your Memory of
Kathryn
Upload Your Memory View All Memories
Be the first to upload a memory!
Share A Memory
Send Flowers
Plant a Tree