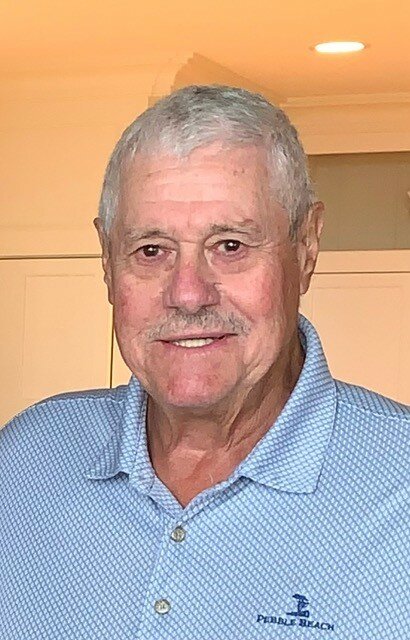 Sal was born on October 25, 1934, on Staten Island, NY to his parents, Frank and Grace DiRusso. He attended Seton Hall University where he participated in the Reserve Officers Training Corp program, graduating with a Bachelor of Arts degree in History in 1957. Sal joined the Marine Corps in 1955 and upon graduation from Seton Hall became an officer. Sal was very proud to have become a sharpshooter and was honorably discharged as a Captain in 1959. In 1956, Sal married Barbara Bilow who he met while attending Staten Island Academy. Sal was a successful Allstate Insurance Agent for about 40 years, in Red Bank, New Jersey, retiring in 2011. He often achieved Honor Ring which enabled Barbara and Sal to participate in Allstate conferences all over the world. The DiRusso’s lived in Colt’s Neck, New Jersey, and later moved to Hilton Head Island, South Carolina. Sal loved to socialize, play golf, travel, read and eat Italian sausage.

Sal was an engaging, amiable gentleman who was fiercely proud of his children, grandchildren and of being a Marine. He loved to tell stories of his youth and of his travels around the world with Barbara. He relished time with his family.

A memorial service with Marine Military Honors will be held at The Island Funeral Home on Hilton Head Island, SC, at 11 am on March 8th. All are welcome to attend and celebrate Sal’s life. In lieu of flowers, please donate to the Navy-Marine Corps Relief Society (www.nmcrs.org).

Share Your Memory of
Salvatore
Upload Your Memory View All Memories
Be the first to upload a memory!
Share A Memory
Send Flowers
Plant a Tree