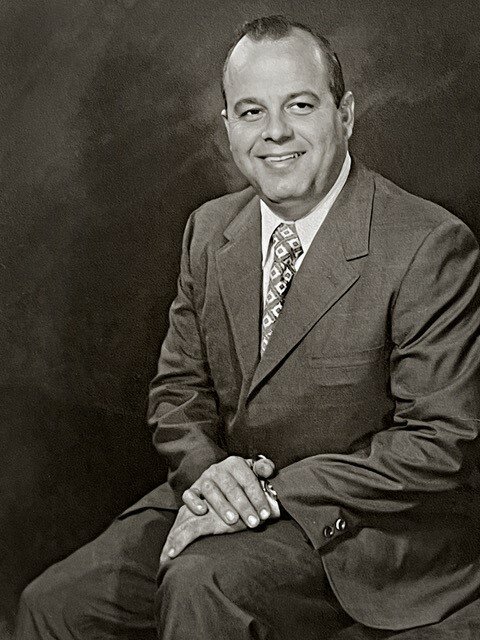 With great sadness, the family of Gene Martin of Hilton Head Island announces his passing at age 88 on March 25, 2022. Although we know he is in a better place where there is no suffering, our hearts ache over the loss of our dad/pop pop.

Eugene Pressie Martin Jr. was born in 1933 in Sieglingville, South Carolina, a small railroad community situated between Allendale and Barnwell. He was the first-born child of Frances Harden Martin and Eugene Pressie Martin Sr. His father worked in logging while his mother tended to the home. Frances Martin gave birth to three other children, but sadly lost her life in November 1943 when Gene was ten years old.

In the years after his mother’s death, Gene would live with various relatives. During his high school years in Allendale, his aunt and uncle, Olivia Martin Farr and her husband Quay Farr, took him in and raised him as their own. The Farrs not only provided Gene with a home, but also support and love during his teenage years. Eugene Martin Sr. died when Gene was 17.

Throughout his growing up years, Gene worked to earn money and help his family with expenses. During high school, his athletic abilities made Gene a standout for the Allendale High School Golden Eagles. He played baseball, basketball, and ran track, but his favorite sport and the one at which he excelled was football. What Gene lacked in stature (in high school he was once referred to as the “spark plug” for his basketball team), he made up for in strength and a natural athletic prowess. His skills on the gridiron earned him a football scholarship to Newberry College in Newberry, South Carolina where he played one year before withdrawing from school because of an injury. True to his nature, he did not feel it was appropriate to attend school on a scholarship when he could no longer play at the college level.

After leaving Newberry College, in 1956 Gene married Connie Turner Preacher. In the early years of their marriage, Connie and Gene lived in Allendale, South Carolina where Gene worked as a salesman for Thomas & Howard, a grocery wholesaler. The couple’s four children were born in Allendale.

In 1969, Gene, along with his wife Connie, made the fateful decision to purchase Louis McKibben’s Red and White Grocery at Coligny Plaza on Hilton Head Island. Norris Richardson opened the small market at Coligny Plaza in 1956 and by the late 1960s, McKibben was looking for a buyer. Gene and Connie took over the store in May 1969, moving themselves and their four children to what was then a sleepy lowcountry island with a population of 2,500. Gene and Connie worked long days with little time off during those early years and were greatly helped by Daisy Pinckney Frazier, who tended to their home and helped raise the Martin children. Her grace, warmth, and work ethic served as a blessing for the many years she remained with the Martins.

From his purchase of the Red and White in 1969 until 2000, when he sold the store to his oldest son, David Martin, Gene devoted himself to the business but also to the Hilton Head community. He gave tirelessly to many groups and many causes on the island but almost always chose to remain anonymous. During recessions and hard economic times when seasonal workers found it difficult to put food on their tables, he allowed customers who could not pay to open charge accounts. Several times he encouraged single mothers to take what food they needed for their families and to pay the store back when or if they could. During a hurricane in the store’s early years, he provided free food to volunteer fire fighters who had not evacuated the island. Gene displayed such generosity even when his own family struggled financially during the years before Hilton Head became a well-known tourist destination. He never sought recognition for his generosity but received several civic honors and awards over the years. When Gene was inducted into the Hilton Head Hall of Fame in 2018, the honor capped off a lifetime of giving and selflessness.

When he wasn’t working or giving to the island he loved, Gene enjoyed boating, playing golf with a core of steadfast friends, and spending time with his grandchildren, whom he called “outstanding.” He loved watching sports on television and freely offered coaches and players his most honest advice delivered in a colorful manner, even if they couldn’t hear him. An avid follower of the University of South Carolina Gamecocks, he was thrilled to receive personal video messages from women’s basketball coach Dawn Staley and football coach Shane Beamer in his final days.

In 1987, Gene married Margaret “Peggy” Bethea and became stepfather to her children, Mandy and William Bethea. Gene and Peggy had many years together during which they traveled and enjoyed the company of longtime Hilton Head friends. They especially loved hosting family dinners throughout the years with Peggy serving her famous Frogmore stew and apple cake. Peggy provided Gene many years of happiness before her passing in April 2005.

In 1992, Gene entered into an agreement that would change the name of the store from Red and White to Piggly Wiggly. Besides some branding changes and minor rearrangement of some of the aisles, the store remained a center of community for the island.

Into his late 80s, Gene continued to work at the grocery store he purchased in 1969 but as an employee of his son, David. Much to the horror of his family and the other employees, Gene could be found teetering on top of a milk crate as he stocked the shelves. Even as his body slowed and his vision deteriorated due to macular degeneration, Gene continued focusing on the beach goods aisle where he kept the shelves filled with flip flops, rafts, bocci ball sets, and various toys and accessories that appealed to the throngs of tourists who walked the aisles of the Piggly Wiggly every summer. Although he could no longer clearly see all of the products he stocked, he could recall each product number for the thousands of beach goods he ordered every week. His presence in the store will be greatly missed by the employees and many steadfast and longtime customers.

We would like to thank all the employees past and present of the Red and White/Piggly Wiggly for their years of devotion to our dad. He held a special place in his heart for each of them and thought of his loyal workers as family. We are especially grateful for the devotion and care you showed him in his later years.

The family will hold a private service. A celebration of Gene’s life will take place from 5 to 7 p.m. on April 8 at Lowcountry Celebration Park at 94 Pope Avenue adjacent to Coligny Plaza on Hilton Head. Should friends desire, contributions in Gene’s honor may be made to Community Foundation of the Lowcountry.

Share Your Memory of
Eugene
Upload Your Memory View All Memories
Be the first to upload a memory!
Share A Memory
Send Flowers
Plant a Tree