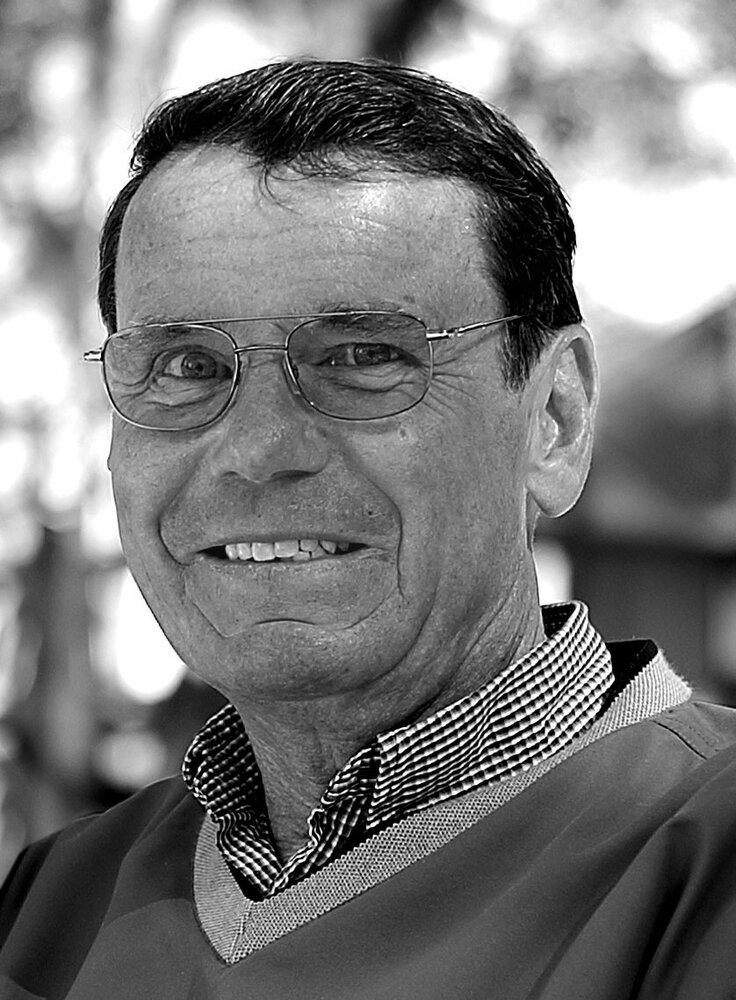 His first job was at the local movie theater in Detroit, always an avid movie and music lover, he loved to tell stories about his first job.  Jerry graduated from the technical high school at Detroit City Airport and joined the U.S. Air Force.  He was trained as an Air Traffic Controller and worked in active towers across the country, including Hawaii and Guam for 35 years, after retirement he finished his Bachelor’s Degree at Spring Arbor University and held a career in IT until his retirement from the State of Michigan. In retirement he edited and assisted his wife, and her co-author Betty Ackley in producing their Nursing Diagnosis Handbook.   He loved to travel with his wife and made pilgrimages to Fatima and Rome, as well as beloved vacations to Hawaii and California.  A lifelong Detroit Sports fan, he was always rooting for the Tigers and Lions.  Jerry was very active, completing several half marathons and enjoying the ability to bike and walk the beaches of Hilton Head Island.  Jerry loved to build and fix things, including several years of backstage work to support the Nutcracker for the Children’s Ballet Theatre in Lansing, MI.  Jerry was an active member of his church community serving as an Usher for many years at Queen of the Miraculous Medal in Jackson, MI and at Holy Family in Hilton Head, SC, he was a member of the Knights of Columbus and took part in a mission trip to Peru.  His greatest joy was playing with his grandkids and watching them grow, always attending sporting events and plays to cheer them on.

His Funeral Mass will be held at St. Francis by the Sea Catholic Church, Hilton Head Island, SC on May 16th at 10am.  A luncheon will follow.   In lieu of flowers, please make donations to Volunteers in Medicine.

Share Your Memory of
Gerald
Upload Your Memory View All Memories
Be the first to upload a memory!
Share A Memory
Send Flowers
Plant a Tree