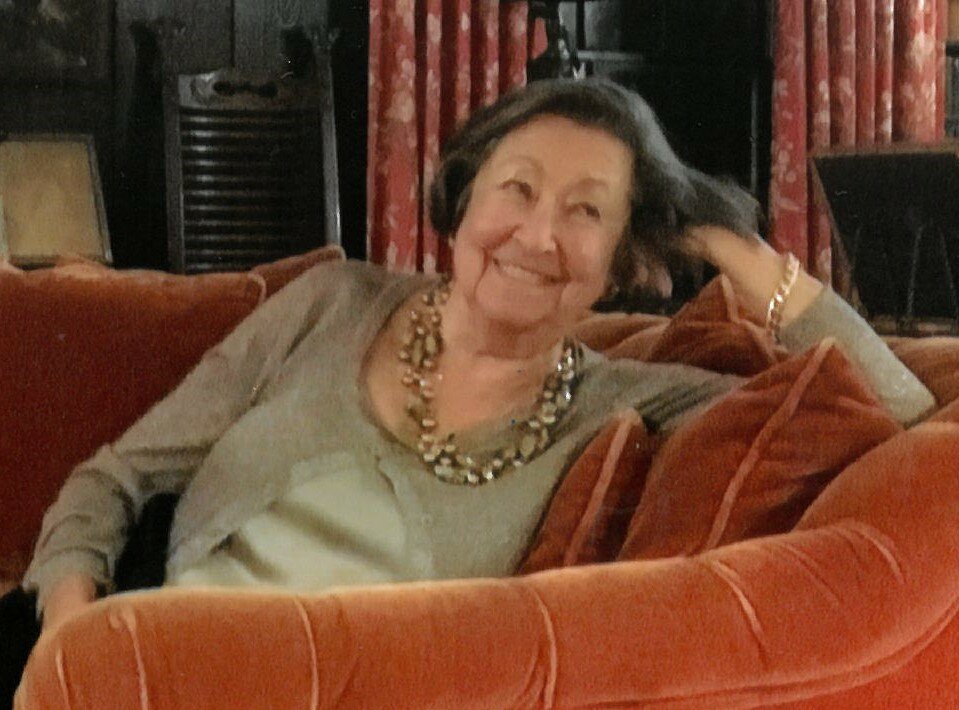 Denise Emile Ghislaine Onghena De Gorter, daughter of Joseph Onghena and Rachel van Bogaert Onghena, died peacefully on May 6, 2022 on Hilton Head Island, South Carolina.  Born in Antwerp, Belgium on June 15, 1931 she witnessed first hand the trials and tribulations of World War II in her native country.  After the war, she emigrated as a young lady "eyes wide open" for the United States. She met her future husband, John N. De Gorter, also of Belgian descent, in New York and married on October 25, 1951.  Denise so loved the United States, she couldn't wait to become an American citizen. She remained unabashedly proud to be an American, and reiterated this fact to her family and friends all her life. Happily married for 58 years Denise led a life full of travel with her Johnny.  Because of her fluency in languages, (she spoke 5 growing up and later added 2 more) she helped her husband and father in law with the import flat glass business, now led by a fourth generation nephew, Pete De Gorter in De Gorter, Inc.  A true matriarch, "Mamouche '' as she was known to all, kept the family in line.  A survivor of WW II, and a devout Roman Catholic, she did not condone waste, idleness, disrespect or lack of manners.  She was strict at all times, but she could be enchanting, beguiling, and disarming in her conversations with a mischievous twinkle in her eye.  Her family was her world.

Her memorial funeral mass will be held in the fall on Hilton Head.

In lieu of flowers, donations may be made to the Michael J. Fox Foundation for Parkinson’s Research.

Share Your Memory of
Denise
Upload Your Memory View All Memories
Be the first to upload a memory!
Share A Memory
Send Flowers
Plant a Tree