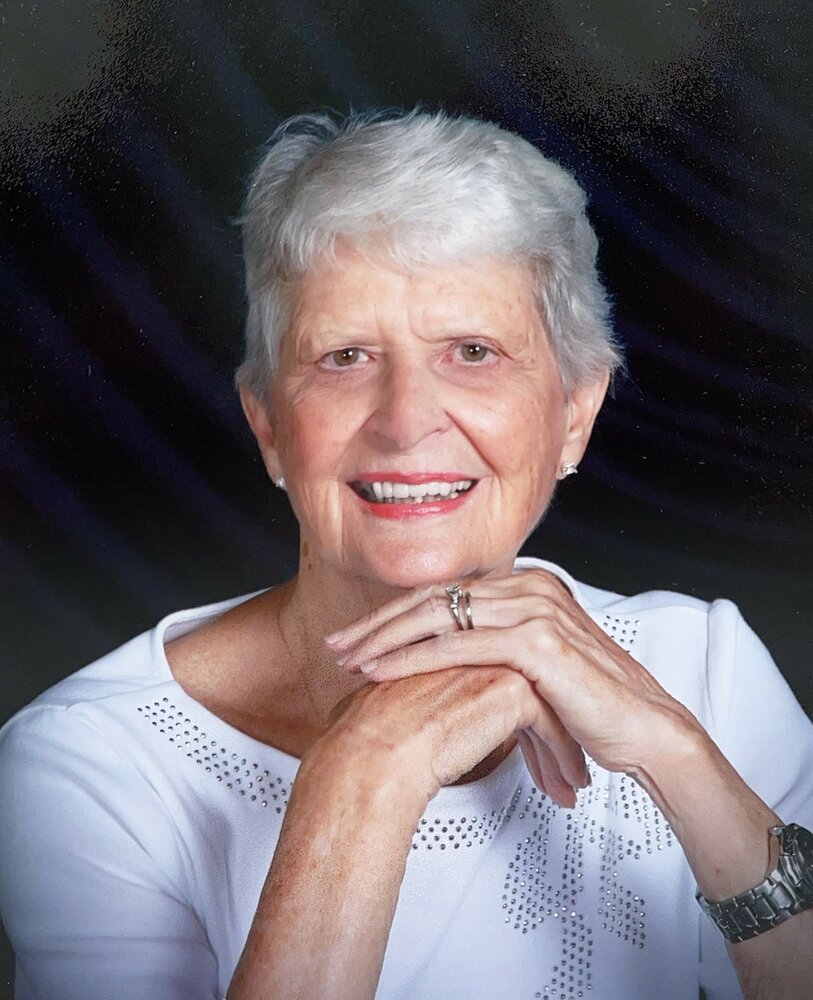 Virginia (Ginny) Duffy, 88, the widow of a Naval officer and mother of four died June 13, 2022, on Hilton Head Island. She was the daughter of Ben and Elizabeth Cruse of Allentown, PA.

Ginny’s small-town roots were always close to her heart. Her childhood in Allentown was filled with memorable adventures, school and community activities, summer days at Lake Wallenpaupack, and the comradery of the community. Family was significant and holidays were big events, filled with traditions. She would carry the importance of family throughout her life and pass it along to her children.

During the summer of 1954, Ginny started dating Frank Duffy and they traveled between Ocean City, NJ and Allentown, PA to spend as much time together as possible. Frank proposed in the fall of 1954, and they married in July of 1955 as Frank began his military career. Ginny spent the first 24 years of married life as a Navy wife stationed around the country. She was a loving parent and worked tirelessly raising their four children. The family moved 15 times before Frank’s retirement in 1979. They then lived in northern Virginia and Newtown Square, PA before settling in Hilton Head Island, SC in 1990.

Life on Hilton Head Island was full of golf, church, social events with friends, and quiet days on the beach. Ginny always enjoyed it when her children and grandchildren visited. She had a quiet peace about her and preferred being in the background, but her presence was huge in the kindness she showed others and her devotion to her husband and family. She was beloved by all who knew her. Ginny leaves a legacy of love, faith, and service to others; a legacy that lives on through her children and grandchildren.

A Funeral Mass will be held at Holy Family Catholic Church, 24 Pope Ave, Hilton Head Island, SC on July 15, 2022, at 11:00 am with a reception immediately following. In lieu of flowers, the family requests that contributions be made to The American Cancer Society or The Alzheimer's Association.

Share Your Memory of
Virginia
Upload Your Memory View All Memories
Be the first to upload a memory!
Share A Memory
Send Flowers
Plant a Tree